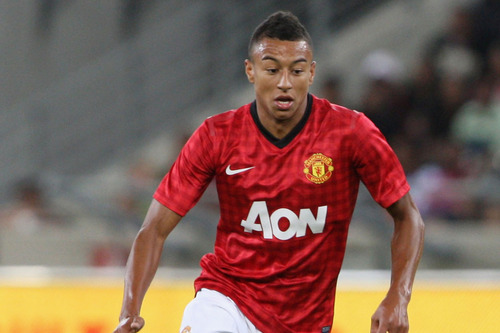 Jessie Lingard spoke exclusively to the official Manchester United website today about life at United. The youngster expressed his desire to play in a similar manner as new signing Shinji Kagawa in the future.

Lingard, aged 19, was a member of the FA Youth Cup winning squad in 2010. Since then, he has travelled with the first-team on their pre-season tour to South Africa and China where he made a good impression.

There’s a demand for technically gifted midfielders in Europe at the moment, so following the footsteps of Kagawa isn’t a bad way to start as a youngster. Once a key player for an exciting Borussia Dortmund side, the Japanese international has quickly become a fans’ favourite at United.

“Between attack and midfield. In the pocket there. Similar to Shinji Kagawa,” Lingard said. “I really like the way he plays. That’s what most teams are starting to do – put people between the defence and attack so they can’t be marked and can get on the ball and create from there. Andres Iniesta and Xavi have been doing it for years at Barcelona.”

I always enjoyed listening to footballers that are intelligent and show a real interest in the game. Lingard is very young and has a lot to learn. However, there’s a number of people around him that can make his development a lot easier, so hopefully he takes every opportunity possible.

Lingard was full of praise for coach Rene Meulensteen. He explained: “ Rene has been trying to build it into us slowly so we’re ready for it when we’re older. Rene has been there all the time with us and said it’s all about 90 per cent passing and 10 per cent skills. We’ve just got to play together and work hard in our team this season.”