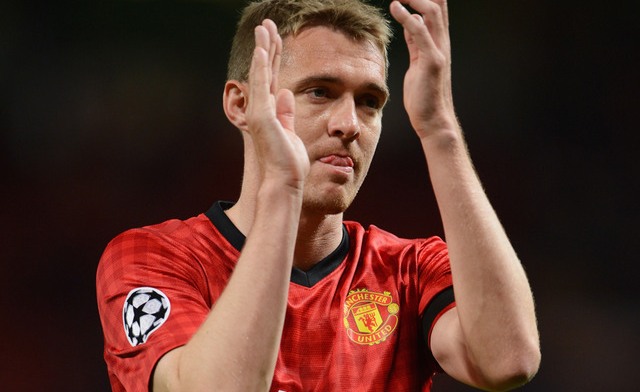 Darren Fletcher claims he never doubted himself in terms of returning from a 10-month absence with a chronic bowel problem, but reveals that others thought his playing days were over.

Since being put on a drip in hospital, Fletcher admits “every day is a battle for me.” The worrying fact about this is that ulcerative colitis may recur in the future, therefore the extent of his career remains unknown.

The Football Genius didn’t kick a ball at all between December and July which makes his comeback even more significant. Since coming on as a substitute against Galatasaray, Fletcher has started twice and is set to captain Scotland this week in their World Cup qualifier against Wales.

“I didn’t doubt that I would play again,” Fletcher said. “I always felt I would be back. I think I needed to have that kind of attitude. There were other people who doubted it but, for me, to be here I always needed to believe.

“I couldn’t let myself think I might not make it. I always told myself I’d be back one day and fortunately that’s the case. But it’s not been plain sailing along the way by any stretch of the imagination.

“I would like to think Sir Alex [Ferguson] always knew I would be back, as well. Right now, I’m still at the stage of convincing him that I should be back in the team and playing two or three games a week.”

Fletcher hopes he can manage his condition with the right diet and medication. I’m sure the club are monitoring the situation too because with the progress he’s making, Fletch will become an important figure in the squad again. No doubt about that.

He added: “The doctors just needed to find out if not playing would make me healthier. Then I would have been left with a decision to make. Do I want to play football or do I want to live a healthy life? But deep down I was always confident it wasn’t going to end that way. I always felt we would find a medication that would work. I just had to stay positive even though many people, maybe even the doctors, didn’t think I’d ever be back.

“The condition never goes away and that’s the thing I have to live with. Every day is a battle for me. I have to watch my diet and take certain medication or it could come back.

It’s great having Fletcher back in the squad. He may not be the answer to our midfield problems, but his presence is still important.

2 responses to “Fletcher: People thought I was finished”