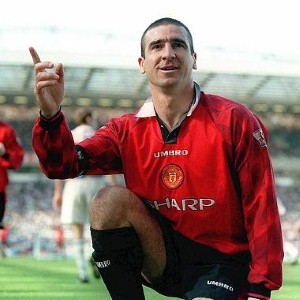 Wayne Rooney has stated he is ready to lead the way for England with an Eric Cantona approach in terms of nurturing his young team-mates. The French legend returned to a young Manchester United side after his suspension during the 1995/96 season and famously went on to win Double with a team full of kids.

It’s partly because of Cantona’s influence we can remind Alan Hansen of his bizarre quote on our chances of winning the league that year, claiming that you couldn’t win anything with kids. And with Manchester United’s world-renowned youth system being around since the early 1930’s, you think a pundit would have more sense.

Wayne Rooney claimed today that he wants to have the same influence on his young England team-mates, ensuring that they’re successful in the coming years. The striker, aged 26, already has 76 international caps to his name which makes him one of the more experienced players in the squad.

His experience is what has Rooney in line to captain England for the first time in a competitive fixture. That remains speculation for now because you never know what will happen next with that squad. Some of the members seem to have higher performing arts & drama qualifications than those who feature regularly in Coronation Street.

“I hope it is time for me to show I am a senior player and that I can lead the team,” he said. “I understand the scrutiny I’m under and I have no problems with that. Hopefully in the near future we will be coming out of a tournament and you will all be praising me because we have won a trophy. That would be great for everyone. It’s especially important now, when we have a lot of young players in the squad. I always try to speak to them and offer advice. I always remember what Sir Alex Ferguson says about how Eric Cantona was such a big help to the younger players at United. It is something I can look at and try do for England, to try to help them. Hopefully I can bring the best out of them and they can bring the best out of me as well.”