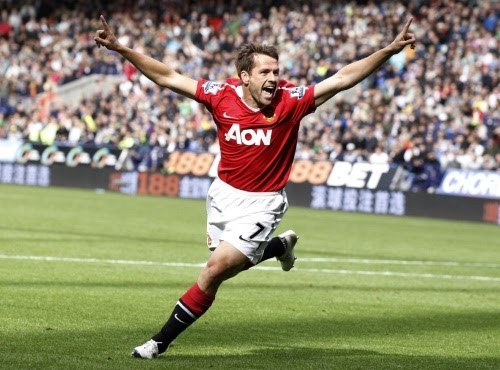 Michael Owen wants to down Manchester United and is hoping he can be fit for the clash with his new club Stoke City after the international break.

After spending three seasons at Old Trafford, Owen is already looking forward to coming back. His time spent at United was taken over by injuries, despite his constant boasting about not being injury prone.

Owen was not offered a new contract this summer which finally lead to him being released. That was followed by a search for a new club which ended up being Stoke, who he joined on a free transfer. The former England striker was convinced after getting the boot that he was still capable of playing at the highest level. However many, including myself, would question that.

It wasn’t always miserable from a fans’ point of view having Michael Owen at United. His injury time winner against City will live long in the memory. Other highlights included scoring against Aston Villa in the League Cup final and a hat-trick in the Champions League against Wolfsburg.

“I was looking at it thinking Liverpool away and Manchester United away, it was going to be an interesting October,” Owen told Sky Sports. “Obviously I missed the first one but I am desperate to be fit for the second one. The lads are playing out of their skin at the moment so it’s hard to get in the team, but my fitness is coming week by week and I am really excited about the challenge ahead.”