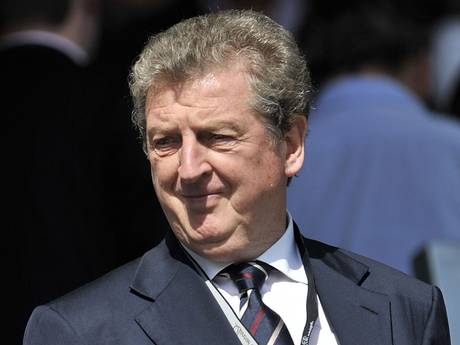 Roy Hodgson has issued an apology to Rio Ferdinand after admitting he insulted the Manchester United defender by speaking out about his omission from the England squad for the World Cup qualifiers against San Marino and Poland.

It all sounds very comical since these conversations were held on a London tube train. For a man that had such a likeable image once upon a time, Hodgson really isn’t doing himself any favours. I also find it astounding that he thought it would be appropriate to let such information known to the public. The England manager has spent a number of years in the game, therefore should have more cop on.

Hodgson today promised to apologise directly to Ferdinand, who has suffered enough from England and the FA. However, not many expected John Terry’s retirement to result in a call-up for the United defender. The former Liverpool manager wasn’t ever going to contradict his embarrassing ‘footballing reasons’ status.

“I’m very disappointed that my travelling on the Tube train and suggesting Rio’s career is over to a passing punter has been recorded as it has,” said Hodgson after details of his conversation appeared in the following day’s newspapers.

“I’m definitely not closing the door on Rio, and there is no way I would ever indicate I wasn’t going to use a player in that way. All I remember was that I was talking to quite a lot of people on the Tube and one guy asked: ‘Is Rio in the next squad?’ and I think I might have said: ‘I don’t think so.’ But it’s a mistake and I need to apologise for that. I’ve paid for it.

“I’ll try and contact Rio because he deserves an apology from me: I’m disappointed he found out he’d been excluded in that way, and I’ll offer him my sincere apologies. I respect the man and I respect the player, but I am looking forward. Rio didn’t feature in my plans for the European Championship in the summer. Since then the players I’ve used have done well for me, and I’m sticking with those players.

“I’m trying to rejuvenate the squad. If Rio is still interested after what he might regard as an insult – it wasn’t intended as such, but he may now turn his back on us even if we don’t on him – then when I call him up it would be directly to play in the team, not just as part of the squad.”

Hodgson left a message on Ferdinand’s phone, with the defender’s representative calling the FA back to confirm the apology had been accepted and stressing a desire to move on.

Ryan Shawcross was included alongside Gary Cahill, Joleon Lescott and Phill Jagielka. Shawcross moved from Manchester United in 2008 after loan-spells at Royal Antwerp and current club Stoke City. He has proven to be a decent defender in the Premier League but hasn’t ever struck me as one that’s international or European class. Then again, for Rio, England’s loss is United’s gain.