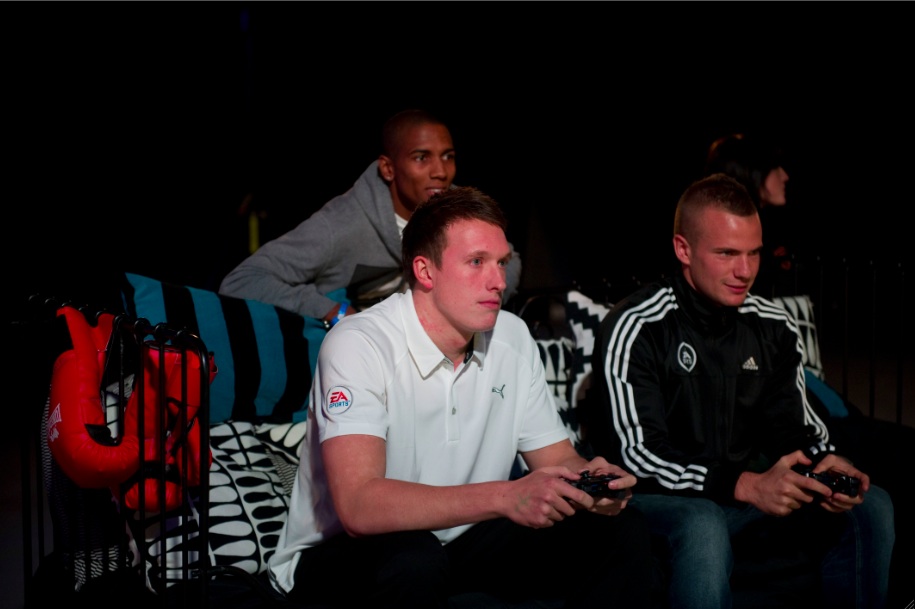 Last week we saw the launch of FIFA 13, and to celebrate Clifford French hosted the first ever FIFA 13 Celebrity Cup. It gave fans a chance to see who really is the FIFA King, and whose tweets are just hot air.

Liverpool’s Jose Enrique won the tournament after succeeding in keeping a clean sheet for the entire tournament. You Me At Six singer Josh Franceschi caused an upset by knocking Olympians Louis Smith, Greg Rutherford and Manchester United star Chris Smalling en route to the final, proving it’s not just footballers that are good at FIFA. Tom Cleverley and Phil Jones were also in attendance, showcasing some FIFA brilliance along the way.

Gareth Arculus, EA SPORTS said: “It’s official, Jose Enrique is the number one FIFA 13 celebrity player.  To celebrate the launch of FIFA 13, we invited 16 of the biggest FIFA fans in the UK to put an end to all the dressing room banter and back-stage bickering, to take part in the only official tournament that proved once and for all who is the number one celebrity FIFA player.”