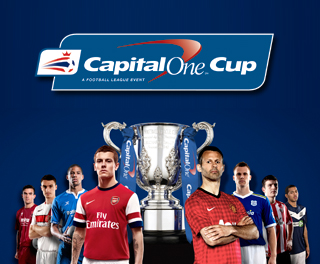 Chelsea will host Manchester United in the fourth round of the Capital One Cup after both clubs successfully made it through the previous stage of the competition. The two clubs were drawn to face each other at Stamford Bridge on Wednesday night.

Having knocked Everton out of the tournament a lot of United fans wanted an away trip to Elland Road or Anfield. The atmosphere on cup days against our fiercest rivals are always a treat, especially when they don’t get to hammer Leeds as often since they’re no longer in the top division after being relegated from the Premier League in 2004. As for Liverpool, they picked up Swansea in the draw meaning Brendan Rodgers will be up against his former club.

The Reds, who are in the hunt to win the League Cup for the third time in five years, beat Newcastle 2-1 on Wednesday night at Old Trafford. It’s not often you see Anderson and Cleverley on the scoresheet, never mind a pair of midfielders.

Ties will be played on the week commencing October 29.