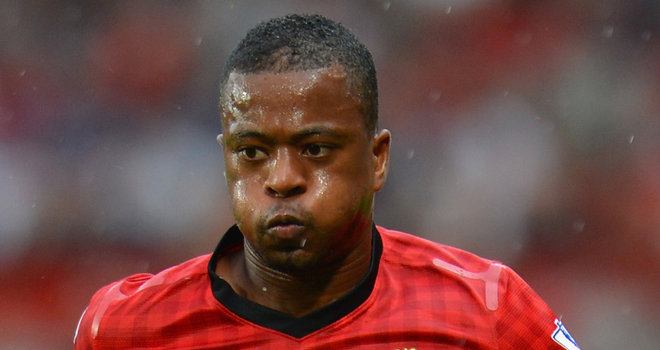 Patrice Evra admits the signing of Alexander Buttner means that he will have to fight more than ever for a place in the Manchester United starting eleven.

The Dutch full back, who will compete will Evra, joined United this summer from Dutch side Vitesse Arnham. Buttner impressed on his Old Trafford debut against Wigan and got a goal for his efforts. Whilst a lot of Reds admit to never watching the 23-year-old play before he joined, it would be silly to suggest they weren’t convinced by the quality of the defender. After all, Ferguson does believe he is one of the best full backs in Europe.

Although over the years Evra has started the majority of games without much competition in the left back position. It’s always good to see players fighting for positions but the fact we can now afford to rest Evra with the idea of playing Buttner instead shows Ferguson has spent wisely giving the squad more strength in depth. However the Frenchman insists he will not take his place in the starting eleven for granted with Buttner looking to continue impressing in the Capital One Cup on Wednesday against Newcastle.

“You have to fight for your place every day,” said Evra. “Last season I played a lot of games and maybe if I play well these days people just accept that as normal. But it is not normal playing well for Man United. When you play a bad game people criticise you too quickly. My target is simple: Football is like a pyramid and I want to stay on the top. It is easy to reach the top of the pyramid but to stay there is the hardest part. I always try to stay on the top. I tried last year, I will try this year and the year after that. I have been really happy with my form. I am confident with myself and with my quality. I’ve been here six years and I want to be the best. That is my target every year.”

Patrice Evra, who joined United in January 2006 from Monaco, hasn’t had the easiest of times since the 2010 World Cup in South Africa. He took the blame for France’s controversial exit and some of the trouble that occurred with Raymond Domenech. Since then, I and many other Reds have noticed that he doesn’t seem to be the same player as he was pre 2010. Whether that’s to do with age, United simply cannot expect 35+ games each season from Evra at the same level of performance anymore.

“My biggest challenge is from myself,” Evra added. “I am not being arrogant but I am my biggest challenge. People forget very quickly how I got to become United’s left-back. There was Gabriel Heinze and Mikael Silvestre. When I hear people say Patrice never had someone to fight him for his place I just say they have to remember I fought with two great left-backs. They have bad memories! I will keep doing fighting too. It is too easy for people to say that now we have bought another left-back, ‘Oh yes Patrice Evra will have to fight for his place now.’ Patrice Evra has always fought for his place. It doesn’t matter if someone is there or if they’re not, I will fight because you have to respect the shirt. When you play for Man United that is the big challenge.”