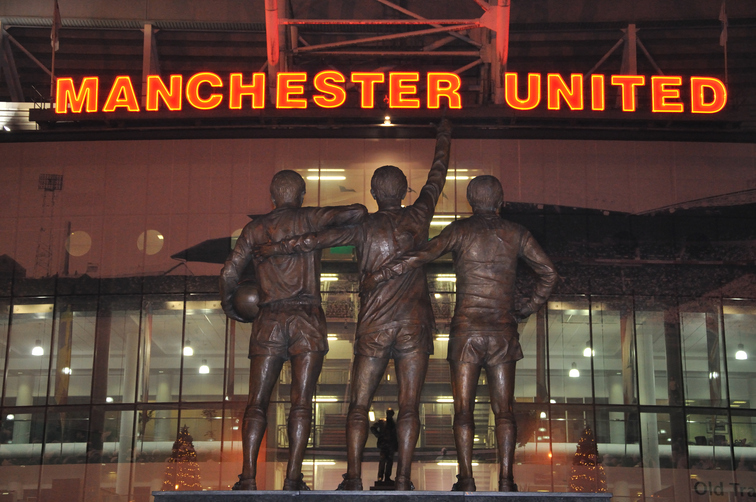 Manchester United have been granted planning permission to erect a statue of Sir Alex Ferguson outside Old Trafford. He will join the legendary list which already consists of Matt Busby, Denis Law, George Best and Bobby Charlton, who all have statues outside the ground.

The statue is said to be nine-foot tall and will be located outside the North Stand which recently became known the Sir Alex Ferguson stand. Between renaming the stand and building a statue, Ferguson will be appreciative after the 25 years he gave the club. Hopefully there’s more to come seen as we’re just around the corner from his 26th anniversary.

Manchester Evening News revealed last month that the club had issued a proposal for planning permission which they say has been accepted today. The club announced last year they had commissioned Philip Jackson to design the tribute. Jackson has previously worked on statues of Mozart in London’s Belgravia and Empress Elisabeth of Austria in Geneva.

It has been said that Sir Alex Ferguson’s statue will stand on a plinth and be of similiar design as Sir Matt Busby and the Holy Trinity which are positioned outside the club’s infamous Megastore. Philip Jackson has won various awards for his work, so fingers crossed he does a better job than the awful statues that were presented outside The Emirates in December 2011. They represent Arsenal legends such as Herbert Chapman, Tony Adams and Thierry Henry.

The main condition issued along with the planning permissions is that the statue must be erected within the next three years and that samples are submitted for approval.

Phillip Jackson, who is also Scottish, said that he was honoured when asked to construct a statue of such significance: “I have met Sir Alex on a number of occasions and he is a very nice chap. I took a lot of pictures of him and watched a lot of films. You have to get to know the subject. He came down to see the clay sculpture and he seemed very pleased.”