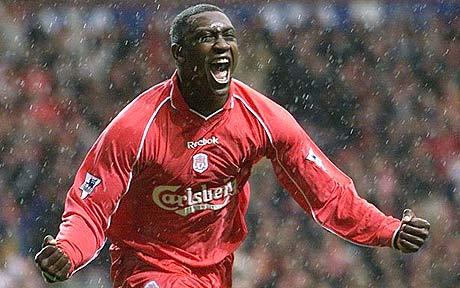 Dangerman is a new weekly colum from Furious John. If you’re easily offended, still believe in Santa Clause, or don’t have a sense of humour – then it’s probably best for you to go and read something else.

Here we are already. The game I most despise. A game at Klanfield against a set of mid-table wasters from Liverpool, who will undoubtably raise their game to an unrecognisable level and push United right to the wire.

It has been interesting to see how Bending Rodgers has coped with the hotseat at Klanfield. Although with a small amount of experience he was drafted in to replace the furniture whisperer when FSG realised he was actually more suited to acting as a fluffer in men-on-men adult movies. His speciality was ass to mouth preparations.

If you work your way back through Bending’s career, his previous colleagues aren’t at all surprised at his elevation to the middle of the Premier League. Before Bending was a manager or indeed a youth team coach he had a brief spell at a refrigeration firm. It was his job to collect unwanted freezers and completely defrost them and remove all of the dangerous ozone damaging gasses. Bending was revered by his work mates, too often they could be found idling their afternoons away drinking martinis in a variety of the gentlemans clubs, watching pole dancers and eating pretzels. Not Bending though, he even used it as motivation and it made him set his sights even higher. He wanted a better role in the team, and wanted to be head of magnet removal in the small fridge department. As a result, he sat awake at night visualising success, seeing himself removing a plethora of magnets without damaging the front of the appliance.

Time and again Bending approached Jeff Zanussi, the manager of the unit he worked in, in regard to how he might make the transition but Jeff was unmoved. He couldn’t imagine the confident Irishman fulfilling his role. As often happens in these situations fate stepped in to help Bending because on one sunny afternoon he was playing with his eel in the bath when there was a knock at the door. The man calling was a salesman, trying to offload a very high tech set of CCTV cameras. However, he was down on his luck and hadn’t made a sale for 15 years and instantly Bending took pity on him. With his last scrap iron payment Bending took one of the sets and while he enjoyed an ice cold Ribena, he would make home videos of himself successfully removing magnets from his own fridge before sending them reluctantly to Mr. Zanussi.

Nearly six months later Bending had complied almost 11 hours of magnet removal tapes and he sent them off, accompanied by a round of ham and pickle sandwiches. It’s nice to be nice after all. Mr. Zanussi was blown away, and Bending got his job in the magnet removal department and was also tasked with motivating to near do wells that spent most of their time drinking in the afternoon. Bending quickly deployed his finely tuned man management and within minutes the boys were teetotal and performing deep muscle exercises in the company gym.

The news of Bending’s success travelled far and wide. It was exactly 16 days after his magnet removal debut that he got a text message from a Portuguese figure of man. That man was Jose Mourinho and he was so impressed with Bending that he bought him from Mr. Zabussi for £45 and a murder of crows.

On arrival at the Chelsea training ground Bending was nervous yet keen to get to work on the fridges they had in store. As he walked eagerly to the canteen, Bending felt a stinging pain in his arse. A left-back of hugely overrated proportions had shot him with an air rifle. As Kerry Dixon turned in his grave the Chelsea stalwart John Terry wrestled Ashley Cole to the ground and playfully explored his perineum. Bending stood there and couldn’t help himself, so as a result he wanted to make Ashley a better shooter – first step was making him out to be half the footballer people made him out to be. Not an easy task, that.

Nobody noticed and for months he managed to keep the facade alive, with the only player suspected to be under qualified being Yossi Benayoun, but to be fair to him he spent most of his time at the club co-ordinating raffles and tom-bolas. The rest we know, Bending went to Reading and was sacked for interfering with the club chinchilla before joining Swansea. That move resulted in promoted for the Swans and was rewarded with the Liverpool job. Then again, it could he worse. He could be scouse.

So, in summary, this weeks dangerman is Emile Ivanhoe Heskey.

14 responses to “Liverpool away – The Dangermen” 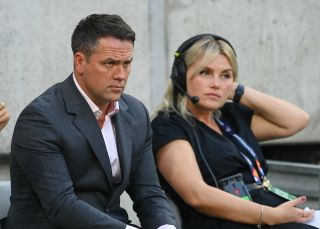