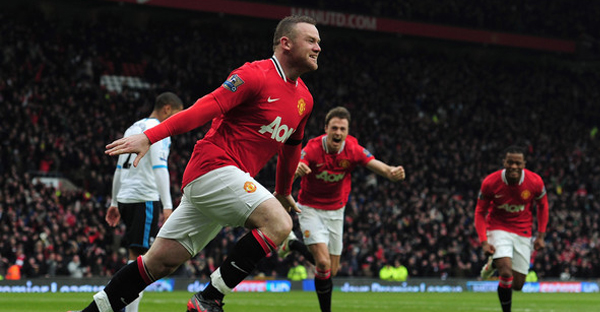 Sir Alex Ferguson has confirmed that Wayne Rooney will not be fit in time for this weekend’s clash against Liverpool at Anfield. The striker has been sidelined since gashing his leg in United’s win over Fulham last month.

The press suggested last week that Rooney could make a return for the club against Brendan Rodgers’ side, who have yet to pick up three points in the league this season. However, Sir Alex insists his number 10 is not in contention for selection.

“I know there were reports in the paper about Rooney being possible, but that is not the case,” Ferguson said. “He’s not far away, I think he may be fine for next week. He’s doing a lot of great training and has been working hard. It’s just a matter of getting him into the full football training side of things, which he has done part of.”

There doesn’t seem to be a feeling of desperation surrounding Old Trafford anymore with Rooney absent. In recent years when he was sidelined fans panicked before upcoming fixtures, whereas now we have the likes of Robin van Perise and Shinji Kagawa to provide the goods.

So, has Rooney’s outburst in 2010 come back to bite him in the arse? In a way, I think it has. He wanted United to go out and be more ambitious in the market, attracting World Class players which we have, and now he faces a test to get back into the starting eleven. Ferguson will have to knock him back a peg or two but that only makes footballers like Rooney hungrier to succeed.

The Reds will also be without Ashley Young on Sunday after Ferguson confirmed he is suffering from bruised cartilage. His absence will either mean Nani or Giggs start on the left. To a minorities disapproval, I’d opt for the Portuguese winger.

Between handshakes and chants this week, a few fans have forgotten that we have 90 minutes to play on Sunday. I’m a lot more concerned about the result than other distractions.