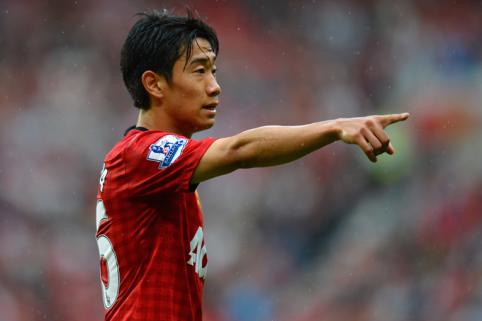 The start of Manchester United’s 2012/13 campaign has already been hit hard with injuries, so the last thing we wanted to hear was that Shinji Kagawa is a concern after missing Japan’s World Cup qualifying victory over Iraq with a back injury.

The medical staff came in for strong criticism last year with the fans angered by the amount of injuries they were unable to prevent. However, the majority of incidents had nothing to do with United’s medical team. At least Ferguson wasn’t postponing return dates like Arsene Wenger, who remains unsure as to when Jack Wilshere is back fit.

Thankfully Kagawa does not believe his back problem is serious, but it was enough to keep him out of the 1-0 win in Saitama. Seen as he has been our most exciting player so far this season, the quicker we get him back the better.

“I felt a twinge in the back during practice when I was on the ball. I had some treatment but didn’t want to risk causing the team trouble by playing,” Kagawa told the Kyodo news agency. “Obviously it’s a shame I wasn’t able to play. It’s not that serious and I don’t think it will keep me out for long.”

Just when you thought it couldn’t get worse, it did. Robin van Persie limped off the pitch after 45 minutes playing for Holland against Hungary. We’re still unsure as to how long either player is out for but hopefully not too long.