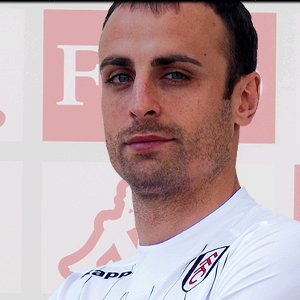 Dimitar Berbatov has hit out at former boss Sir Alex Ferguson over the treatment he received during his final season at Old Trafford.

The 31-year-old, who joined Fulham last week, cost Manchester United £30.75 million in 2008 when he moved from Tottenham Hotspur. During his spell at United, Berbatov won plenty of honours including the golden boot in 2010/11.

Speaking at a press conference on Monday, Berbatov told the press: “I don’t think I deserved such treatment at United – not playing in the last year. I went more than 10, probably 15, times to ask the coach if they need me. And every time I was told that I’m an important player and should not leave, but then again I was not in the team.”

Berbatov found himself behind Wayne Rooney, Danny Welbeck and Javier Hernandez in the pecking order last season, and it was made clear that his days were numbered when Robin van Persie put pen to paper after Shinji Kagawa.

The Bulgarian continued with a conclusion to why he didn’t feature as often as he wanted to: “He tried to explain to me that the team will be using a more direct style, with more speed. But I’ve never been among the fastest players, I like to hold the ball, this is my style.

“I found it hard to accept his decision – I still have my dignity. I scored many goals, I won the league two times, and I was the league top scorer, so it’s not bad.

“I’ll have no problems playing against United as this already happened in my career. But there’s no point to look back again. I said goodbye to the people who deserve it. I couldn’t say goodbye to Ferguson.”

Can’t say I have a real issue with what Berbatov has come out and said. Perhaps he went over-the-top refusing to say goodbye to Ferguson, but I doubt the manager will shed a tear as a result.

I am relieved he has found a new club which guarantees him first-team football because it’s a real waste having footballers like Berbatov sitting on the bench. He has been granted another chance to prove the doubters wrong and I hope he takes it.