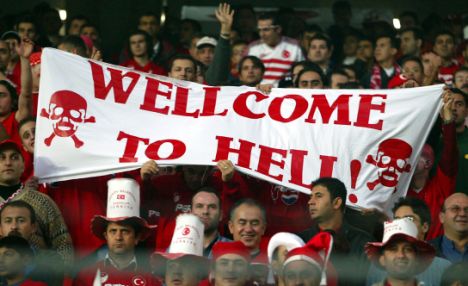 Manchester United have picked up an easy draw in the UEFA Champions League group stage where they will contest against Braga, Galatasaray and CFR Cluj.

This group is arguably easier than the one we got last season which consisted of Benfica, Basel and FC Oțelul Galați. The Reds finished third and entered the Europa League as a result. Despite the fans enjoying a memorable trip to Amsterdam where we faced Ajax, it was far from ideal. Not to forget how Athletic Bilbao proved to be too good before knocking us out of the competition.

Manchester United’s biggest enemy last season was complacency and that’s the reason behind us doing poorly in Europe. Sir Alex Ferguson has already came out saying he won’t make any “stupid errors” this time round in terms of team selection and showing the smaller clubs a lack of respect.

The Reds haven’t played Galatasaray since facing the Turkish side in 1993 and 1994. David Beckham, Ryan Giggs and Gary Neville were very young at the time and it’s something they will never forget, so hopefully our current youth take away similar experience.

“We have the experience of playing against Galatasaray in the past and we will always remember the ‘Welcome to Hell’ banners,” Ferguson told ManUtd.com. “So it’s always a difficult type of match.

“We have drawn Portuguese clubs a number of times over the past few years – the likes of Benfica, Sporting [Lisbon] and Porto – so we have the experience of playing in Portugal on many occasions. Braga are one of the improving teams in that country.

“Obviously, we’ve never played Cluj before but, after the experience of last year, we don’t want to make any stupid errors this time. We will play our strongest team to make sure we get through.”

Personally, I would have preferred a tougher group but we can only work with what we have. Ferguson obviously cannot forget about the big Premier League fixtures we have after our trips in Europe, but we have strengthened our squad brilliantly this summer and that should help.

Information on the other clubs in Group H: