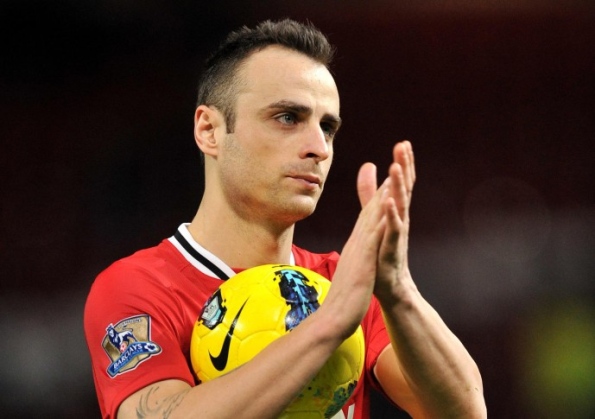 Dimitar Berbatov is one of the finest footballer I have seen live. His elegant touch and ability to keep the ball without trouble when surrounded by 3 or 4 players is a sight to see. I believe that he is the best in the world at what he does as he can seemingly walk the ball around the park without any fear of it being taken away. This seems to frustrate people and people say he is not good enough for the club but I believe that United’s style just doesn’t suit him.

Manchester United play a quick fluid attacking game which predominantly consists of two lightning quick wingers in Luis Nani, Ashley Young and especially Antonio Valencia. Not forgetting a solid midfielder such as Paul Scholes or Carrick, who like to pass the ball around and other midfielders who bomb forward and slot through passes like Shinji Kagawa and Tom Cleverley which requires quick alert strikers like the recently acquired Robin van Persie, the up and coming Danny Welbeck, and the main man from last season Wayne Rooney. And of course, we cannot forget Javier Hernandez, who may have suffered from second season syndrome last year …

The reason Berbatov has been overtaken in the pecking order is the fact that he tends to slow the pace of the attack and this simply will not satisfy Sir Alex Ferguson who is currently building a team with speed and agility in attacking areas as we are a counter attacking team. Pace is something Berbatov rarely shows which is a shame because he possess pace as we have seen on occasions such as to set Rooney up against Fulham in 09/10 when he ran past a defender, held him off and ran at pace past him again to set up Rooney in the box which I thought was a brilliant piece of set-up play. Best piece of skill I have ever seen him do was setting up Cristiano Ronaldo against West Ham in which he did a spin on the bye-line and skimmed the player attempting to get the ball from him before sliding in the ball for a tap in.

I believe that although Berbatov was a excellent player when he played a game for us and scored goals when he played I believe that he would have been an even better player than he has been for us in a team which plays a slower style of football such as Arsenal who like to pass the ball around or an Italian team who are known for playing the possession style of football.

Berbatov won’t be forgotten when he packs his bags to leave Old Trafford.