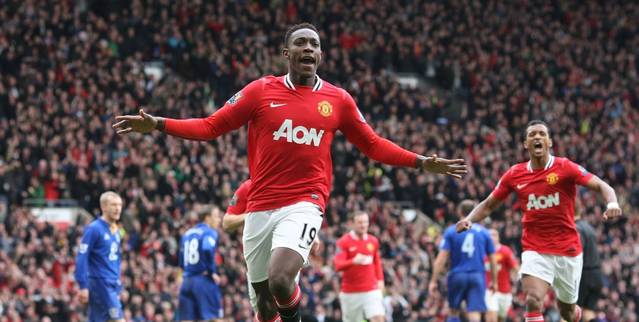 After a long set of negotiations, Manchester United have confirmed that Danny Welbeck has signed a four-year contract extension keeping him at the club until 2016.

The 21-year-old made his debut for Manchester United in 2008 but over the last 18 months has found himself being a fans favourite playing an important role in the first-team, scoring key goals against the likes of Arsenal and Manchester City.

There has been doubts regarding Welbeck signing an extension for sometime because the club stalled over his wages. It felt like they were trying to take advantage of another homegrown player that supported the club all his life, but thankfully everything has been sorted.

“Playing for United is all I’ve ever wanted to do – it’s the club I’ve supported all my life,” Welbeck told the official site. “I can’t wait for the challenge of the new season to play my part in helping the team compete for trophies. I’m learning all the time from the best manager in the game and I’m keen for that to continue alongside the world class players in the squad.”

Sir Alex Ferguson is happy with the progression Welbeck has made since joining the academy after being pushed away from our noisy neighbours. The boss believes there’s plenty to look forward to with the England international.

“Danny has been with the club since he was eight years old and has made fantastic progress in the last couple of years – first out on loan and last year as a regular in the first team,” the manager said. “He has become an important player at international level as well, as the maturity of his performances at the European Championships showed. This year is another important one for him. He has a bright future ahead of him.”

I’m delighted that Welbeck has put pen to paper and signed a new contract. He has been with us since he was a kid and now Welbeck is in the first-team and playing regularly for England. His loan move to Sunderland in 2010 showed what damage he could do in the Premier League, which he demonstrated again last season. However, he has plenty to work on. His finishing, for example.