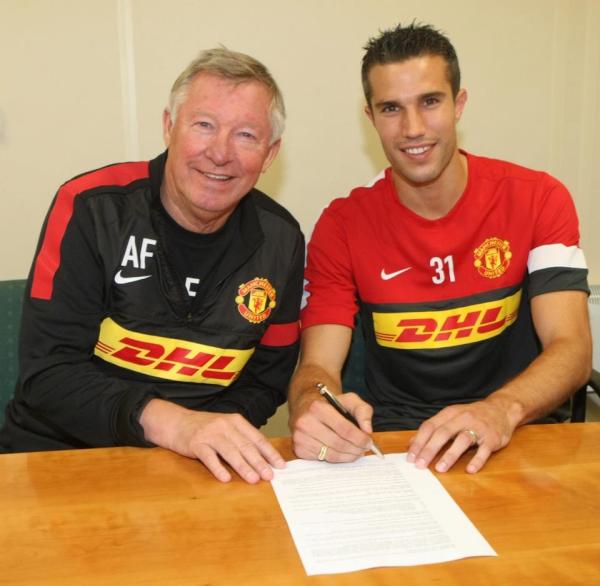 Robin van Persie is believed to have cost Manchester United £24 million and has joined the club in time to make his debut against Everton on Monday night. The former Arsenal striker completed a medial on Thursday night.

It was reported on Wednesday night that the 29-year-old would earn £230,000 per week at United, but the former Premier League player of the year left Arsenal in search of success like a number of players have done in recent years.

Robin van Persie said: “It’s an honour to sign for Manchester United. I am looking forward to following in the footsteps of so many great strikers, bringing my experience and playing my part to help the team compete for the biggest trophies in the game. I can’t wait to get started.”

The Dutch international refused to extend his spell with Arsenal meaning he only had one year remaining on his current contract. For a player of his class, it’s hard to believe he only won the FA Cup and Community Shield since coming to England in 2004.

Following the sale of Cesc Fabregas to Barcelona last summer, Arsenal appointed Robin van Persie as their captain in his most prolific season yet. It must have hurt Arsenal fans hearing the word ‘honour’ leaving them for one of their biggest rivals. He now joins a list of strikers that include Wayne Rooney, Danny Welbeck, Javier Hernandez, Dimitar Berbatov and Federico Macheda.

Ferguson said: “Robin is a world-class striker with a proven record in England and in European football.

“His talents need no introduction to our fans – he has scored a number of goals against us in some classic battles with his former club. His movement, finishing and all-round ability are outstanding.”

Arsene Wenger said on Friday that he would’ve preferred to have sold Robin van Persie to a foreign club like Paris St-Germain, who already took Lucas Moura from under our nose. I wonder who the selling club will lose next summer?