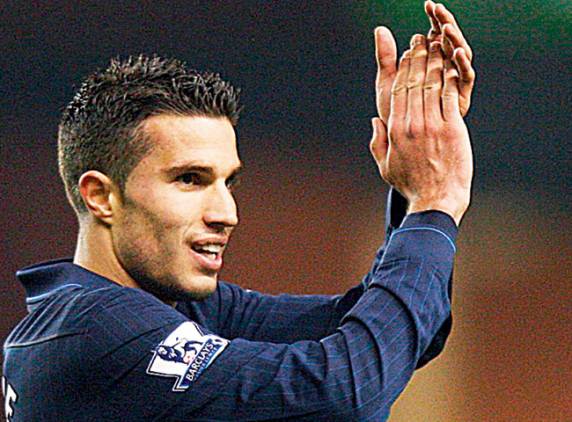 Following Manchester United’s loss to Barcelona on Wednesday night, Sir Alex Ferguson revealed that the Reds have hit a brick wall in their attempts to sign Robin van Persie from Arsenal.

Robin van Persie announced on July 4, 2012 that he wouldn’t be signing a contract extension with Arsenal. The 29-year-old finished top goalscorer in the Premier League last season with 30 goals, although he still questions the club’s future strategy and their policy.

Manchester Evening News reported on Wednesday that the Dutch international could leave his Arsenal teammates in Germany and complete a move to Manchester United within the next 48 hours. However, that doesn’t appear to be the case.

After losing to Barcelona on penalties, Ferguson spoke to the press about the situation regarding Robin van Persie:  “We have made a bid and they’ve been trying to negotiate with other clubs. I don’t have a gut feeling on it at the moment, I must admit. We’re not getting any breakthrough with Arsenal, it’s difficult to say why they’re operating this way.

“I don’t know what their thoughts are because they’re not giving anything away.

“I can’t give you any more information, we just have to persevere. We are trying our best and hopefully it will come our way but there’s no progress at this moment in time.”

Since the transfer window opened I thought sorting our midfield dilemma would be a priority, but that’s obviously not the case. After losing out on Lucas Moura to Paris Saint-Germain, we have more funds to put on the table for Robin van Persie if Ferguson believes that’s reasonable. After all, I’m sure the boss doesn’t want to lose out on another player.

A player like Robin van Persie would have a positive effect on the squad. You can never have enough world class talent, therefore, I think it’s silly that some Reds are sticking their nose up to this move.

However, until there’s confirmation, it’s advisable to not get over excited. United have been snubbed twice (Eden Hazard and Lucas Moura) this summer after being in advanced stages of negotiations. The two bids issued have been rejected by Arsenal.

4 responses to “RVP move will take some convincing”