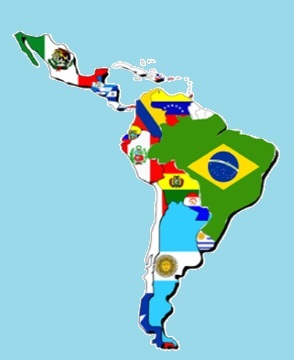 Manchester United look set to be closing in on the signing of Sao Paulo’s exciting teenager Lucas Moura in a bumper £30 million deal. Sir Alex Ferguson stayed behind in Manchester, rather than attend United’s pre-season friendly against Valerenga on Sunday, to oversee the deal.

Moura was reported to have a medical at United on Sunday, after travelling down last night from Newcastle for Brazil’s Olympics Games quarter-final at St James’ Park. However, he wasn’t released from the Brazilian camp.

So I decided to have a chat with Paulo Freitas, who has a vast knowledge of Brazilian football, working for Sky Sports. He can also boast the title of Brazil’s Head Researcher for Football Manager and writer at TheElastico and Just Football.

Q: Who would you compare Lucas Moura to, past or present?

Jairzinho’s best attributes were his pace and power down the right for Brazil, particularly in the legendary 1970 winning World Cup side. From the brief footage we have seen of Moura in the Olympics, he shares similar qualities, with searing pace, and a solid build for a teenager.

Q: What are Moura’s strengths and weaknesses?

A: His main strengths are his pace and he is very technically gifted. His main weakness comes with his decision making in vital areas.

As already mentioned, Lucas’ pace will be an asset and a fearsome prospect for full-backs. Although his weakness is his decision making, Lucas is still a kid and this will improve as he gets older and matures as an individual.

Q: Are Sao Paulo looking to sell this summer?

A: It is hard to say, I think they will be happy to sell when a good offer comes.

Obviously United are close to or have already met Sao Paulo’s asking price for Moura, so a sale looks increasingly likely in the next few days or weeks.

Q: Could Lucas even buy out his 30% of any transfer fee to force through a move to United?

A: It’s possible, but is looking unlikely.

Lucas is now entitled to 30% of any transfer fee that Sao Paulo get from his signature. If a sale was completed before August, Moura would only have been entitled to 20% of the cost. This is a reason why Moura has delayed any potential move so far, and wanted to focus his attention on the Olympics. This has led to Sao Paulo requesting a higher fee and the situation dragging a little.

Q: Where is Lucas’ best position?

A: In my opinion, he plays better as a forward in a 3.

An added string to Lucas’ bow is the fact he is extremely versatile. He is adept at playing on the wing either in a 4-4-2 or 4-3-3 system. He was often used in the classic No.10 position, just behind the main striker. He struck a good partnership and rapport with Luis Fabiano. United are well-stocked on the wings with Young, Valencia and Nani. With the addition of Shinji Kagawa, who is likely to adopt the ‘in the hole’ position, expect Lucas to play in a number of attacking positions this season, due to his versatility and the likelihood of injuries due to the arduous grind of a long season.

Q: Has Lucas had any other options besides United?

A: PSG and Manchester City were supposed to be interested but there has been nothing concrete on their behalf.

This has left United in pole position to land the highly-coveted teenager and as some reports suggest, a deal could be close to completion.

My thanks go to Paulo Freitas, who took the time to take part in this Q&A.