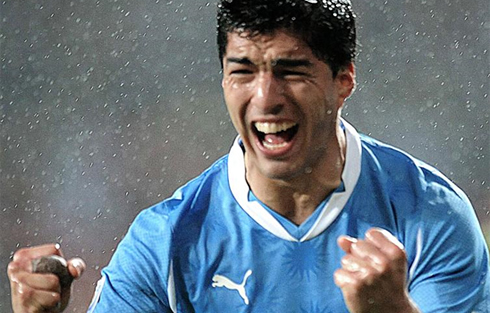 Luis Suarez has shown the public how upset he is after criticising supporters who targeted him with abuse during Wednesday night’s match between Team GB and Uruguay. He accused the supporters of showing a “total lack of respect”.

Suarez has received the public backing from Edinson Cavani and Sebastian Coates. His fellow Liverpool team-mate, Coates, believes the crowd went too far after another game which saw Suarez being constantly booed.

The boos interrupted Uruguay’s national anthem which has lead to mixed press, giving Suarez defendants something to cry about. However, the fans weren’t booing the national anthem itself. They jeered when they saw his face show up on the big screen.

“I think they jeer me and they boo me because they must be scared of facing a player like me,” Suarez said. “They fear me, but that doesn’t affect me. I’m just hurt because we lost and we are going home. I can take the abuse … but I think it was a total lack of respect from the crowd to boo when we were trying to sing our national anthem. I think those things should not happen.”

Yes, Suarez, people are scared of facing a player like you. What do you expect when you have a nasty reputation for biting and racially abusing fellow footballers? Also, Chris Wood, currently on loan at Bristol, has gotten his name on the score sheet more times than you at London 2012.

The Liverpool striker is also incorrect about the national anthem jeers – as explained above. If you can take this abuse, why show yourself up by getting upset over it? Suarez spoke out recently about fans showing him respect, so I honestly wonder if the 25-year-old suffers from verbal diarrhea.

Nobody needs to explain Suarez’s unpopularity. In England, it obviously dates back to the race row between Patrice Evra and himself. He has built a reputation in the game for all sorts of unsportsmanlike behaviour.

Coates, another shameful Suarez defendant, said: “I’m tired of this situation with Luis. I think it has gone too far and I don’t like to see him treated like this. I know the kind of person he is and I think the abuse he gets is very unfair. He knows all his team-mates and a whole country are fully behind him and I think fans over here should leave him alone.”

20 responses to “Suarez upset after getting booed at Olympics”