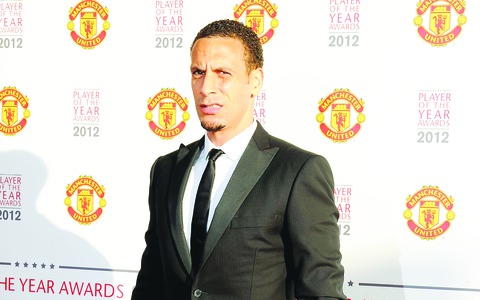 The FA have found Rio Ferdinand guilty of improper conduct over comments made on Twitter after the John Terry trial. Rio also found himself tweeting during the court case which didn’t help matters either.

The tweet surrounded England and Chelsea left-back Ashley Cole, who was a defence witness for Terry in the trial. In the tweet, Cole was labelled a ‘choc ice’ which means ‘black on the outside, white on the inside’. This is a reference to Cole’s claim that any racist comment made by the former England captain was not heard from him.

A brief statement from the FA read: “The FA has today charged Manchester United’s Rio Ferdinand with improper conduct in relation to comments posted on Twitter. The allegation is that the player acted in a way which was improper and/or brought the game into disrepute by making comments which included a reference to ethnic origin and/or colour and/or race.”

The FA has given Ferdinand until 4pm on Thursday to respond to the charge. Ferdinand could either be fined or even suspended for the comments. The tweet itself, though, doesn’t related very well with the FA’s statement. Rio’s tweet “I hear you fella. Choc ice is a classic,” didn’t exactly bring the game into disrepute.

There was no official comment from Manchester United, who recognised the charge.