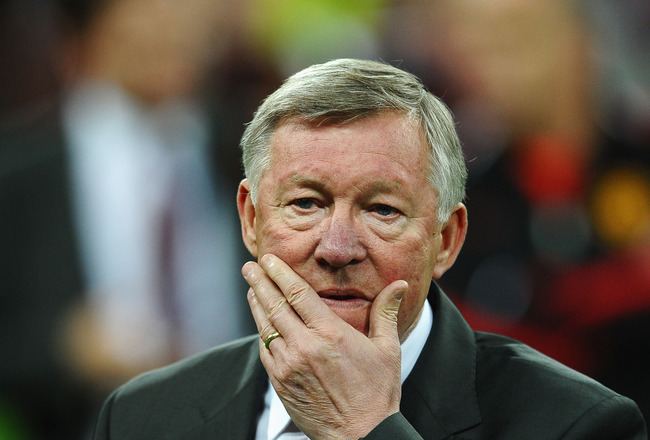 In response to the disgraceful IPO U-turn, a well established Manchester United fanzine has come out with an open letter to Sir Alex Ferguson. Red Issue’s open letter has ten questions listed that they would like the boss to answer.

Ferguson in recent weeks has continued to back the Glazers while criticising Manchester United supporters. Whatever you think about the ownership, criticising the fans is unacceptable. The fans have been lied to since 2005 but this really was a double blow.

Stretty News didn’t have any part in writing the letter which was constructed by members from the Red Issue main forum. Although, I hope it gains enough publicity to be put forward to Ferguson himself. The least we deserve is answers.

As lifelong Manchester United fans, we are disappointed and concerned by quotes attributed to you in a recent interview. Many of us are the same fans who protested to denounce Cubic Expression back in 2005. These are the same fans who had previously offered you their unwavering support during your private dispute over Rock of Gibraltar’s breeding rights, despite Cubic Expression raising some very pertinent questions. In the spirit of fairness, we would like to invite you to clarify these comments by responding to a brief summary of our concerns:

1. You suggested that ‘the majority of real fans will look at it [Glazer ownership] and see that it’s not affecting the team’. Can you clarify what constitutes a real fan?

2. With thousands of fans leaving the club in protest over the Glazer regime, do you consider these time-served reds to be less than real fans?

3. Have you personally met with any of the dissenters to determine how deep their commitment and affection for United may be?

4. What are your thoughts on an atmosphere which gets markedly worse each season as more and more local, traditional fans are marginalised and alienated from the club?

5. You are also quoted in the interview as claiming ‘I’m absolutely comfortable with the Glazers situation. They’ve been great’. You are clearly aware of the opposition from the United fan base – does that not make you uncomfortable in any way?

6. What, in your view, would constitute poor owners?

7. You have repeatedly claimed to have been backed financially whenever you have requested transfer funds. Is this your only consideration when determining what represents great ownership?

8. You continued the interview by saying that, ‘the salaries, agent fees – is just getting ridiculous now’. Whilst we agree in tone, it does represent a sea change in attitude from pre Glazer transfers. Agent fees in both the Ferdinand and Rooney transfers were criticised at the time for being excessive, so why does the club now refuse to meet market conditions for the top players?

9. Do you believe Jorge Mendes’s £2.6m cut of the Bébé transfer, a full 35% of the total fee paid, represented good value?

10. With more than £250k leaving the club each day to service the Glazer debt, totalling over £500m since the takeover, is it so reprehensible for us to question your constant references to ‘value’?

Given your personal background and previous support for fan involvement we hope you take the trouble to respond to our deep concerns about both the club’s situation and the wording of the interview quoted.