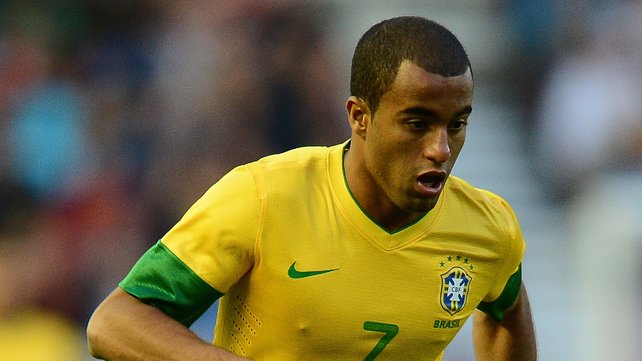 Manchester United have been very public in their pursuit of Sao Paulo’s 19 year old wonderkid Lucas Moura. Between the player’s agent and the club’s president, we have seen plenty of quotes that contradict others within the saga.

Sir Alex Ferguson even admitted that United were interested in the midfielder, and Sao Paulo made it clear that they had received a “very interesting” offer from the Reds for the player. Even his agent admitted that he felt no club was able of matching our offer for Moura.

And yet, today, it appears that a deal may be off.

Sao Paulo director Adalberto Baptista told ESPN Brazil: “There are no negotiations going on. Everybody knows that we got an offer for him, and rejected it. It is also known that Lucas doesn’t want to leave. The only person keeping the expectations alive is his agent.”

Baptista went on: “The decision is final. There will always be great teams going after great players. The mismatch between the European and Brazilian transfer window makes it hard for national clubs, and we have to deal with that.”

While many fans, undoubtedly those well schooled in the impressive 8 minute clip reel Moura has on YouTube (currently has 1.5 million views), will cling to the hope that a final £32 million bid could prise him away from Brazil, a deal now looks unlikely. A first bid of around £26 million was rejected, so United obviously have the cash to splash should they wish to.

Sir Alex has also admitted that United tabled a bid for Robin Van Persie, and with Moura now apparently off his shopping list, Fergie could up his reported £12 million offer for the Arsenal striker.

Now, while that would have many drooling at the prospect of a Rooney and Van Persie strike force, many will admit that the type of player needed is one who plays in the centre of midfield, and who can dictate, and break up, the play.

Arsene Wenger has admitted defeat in his pursuit of Yann M’Vila, who has a reported £12 million asking price at Rennes, and he could do a job at Old Trafford. Yes, he’s a fire cracker and he can blow up if he gets frustrated, but his style of play is a mirror image of Javier Mascherano. While that may not have many readers excited, remember that Mascherano – with a little help from Fernando Torres and Steven Gerrard – pushed Liverpool to second in the league, rather than the mediocre, mid table side that they are now.

He’d do well at United yes, but if we have £32 million to spend (we had a bid of that exact value accepted for Eden Hazard) then may I suggest a Spaniard who could add some steel to our midfield?

His name is Javi Martinez and he, coincidentally, has a £31.9 million release clause in his contract. Barcelona are rumoured to be interested in signing him, but surely he’d rather come to United than sit behind the likes of Xavi, Iniesta, Fabregas, Busquets and the aforementioned Mascherano on the bench?

If Sir Alex did make the bid, and Martinez did join then he’d slot right in. With Shinji Kagawa already signed, Martinez would provide the perfect defensive foil for the tricky Japanese playmaker.  They could work in tandem, with Martinez sitting back when Kagawa attacked, and vice versa.

The Spaniard is already being tipped as a future Spain captain, and has been hailed for his silky, metronomic passing style. At 6ft 3in he’s built for the ugly side of the game, and his age (24) means that he’s only going to get better.

Recently though he has been the object of the Catalan’s affections, with Jordi Alba even asking him to join the Barcelona players in a photo at their London 2012 Olympic base.

If Alba does get his wish and Martinez joins Barcelona, it will be a far bigger loss to United than seeing Eden Hazard slip through their fingers. Why?

Because Javi Martinez is just the kind of player Manchester United need.