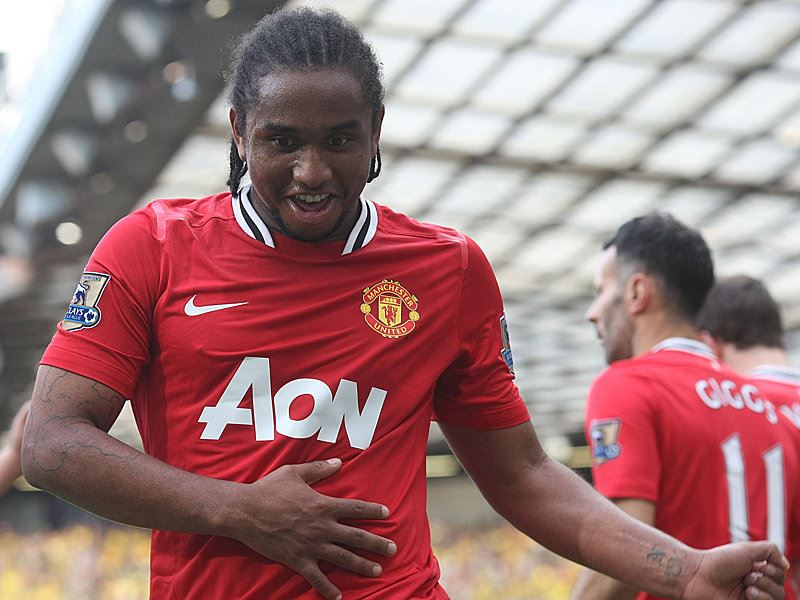 Manchester United midfielder Anderson has admitted he is facing an Old Trafford crossroads. Four years ago, it was the Brazilian preparing for Olympic duty, ultimately collecting a bronze medal in Beijing. It marked the start of a second impressive season with United, after his first had brought glory in the form of a Premier League title and the Champions League, when he was introduced purely to take a penalty in the shoot-out victory over Chelsea.

Within 18 months, his career had taken a sharp downturn. Returning home without his manager’s permission brought Anderson a hefty fine. There was more punishment to come though, because in February 2010 he suffered a cruciate injury from which he has never properly recovered. It means that, after two-and-a-half years of problems and despite having a contract that runs until 2015, Anderson realises what happens over the coming weeks is likely to determine whether he has a future with the Premier League giants.

“The last two years have been very difficult,” said Anderson, who took part in United’s 1-1 draw with Ajax Cape Town on Saturday during which Bebe scored a last-minute equaliser. “No-one wants a player who has a lot of injuries. But I am still young. I am only 24. And I believe I can get through this. All summer I stayed in Europe to work on my knee. Now I am 100 per cent. I don’t have any more injuries. I don’t have a problem.”

Anderson’s fitness problems are the most obvious reason why Sir Alex Ferguson’s squad has been so evidently short of midfield options. Both Paul Scholes and Michael Carrick bring finesse to the United engine room, and a clear touch of class, but in the absence of Darren Fletcher, Anderson would be the one to provide energy. Ferguson defends Manchester United owners in the overall analysis of last season’s thrilling failure to retain the title, it has largely been overlooked that Anderson was part of that swashbuckling start that earned such rare praise.

He even managed to score a couple of goals, something he had found difficulty with in his early years. Typically, it was too good to last and another knee injury consigned Anderson to a further spell on the sidelines. When he made a surprise return against Blackburn – in a game more notable for the axing of Wayne Rooney – the South American got injured again. And that was his season finished. “This is a very big season for me,” he said, following the 1-1 draw with Ajax Cape Town, which he started in a wide left position.

“In my first three years we won everything; Champions League, Premier League, Carling Cup. But then I suffered a cruciate injury and had a bad problem. “I tried to push through it when I came back but it was still sore. Sometimes it was bad and the pain stayed. Sometimes you think you might have to change clubs but I love it here. The club has always helped me, as have the other players. I have worked so hard trying to get right.” Should Anderson recapture fitness, and then form, he could save United an awful lot of money.

Ferguson does view the midfield area as a bit of a problem, which will only get worse in 12 months’ time when he expects Scholes to finally end his career. Confirmation of a bid for Robin van Persie has made United fans wonder if Ferguson is intent of trying to get by without the marquee midfield signing many feel is now a matter of urgency. Anderson does not believe it necessarily has to be that way.

After all, when he has stayed injury-free for any extended period, his performances have been quite good. “Manchester United have some good players; Scholes, Carrick, Cleverley, Giggs,” he said. “If we bring in new players it will help even more, although you could say that about any club. The thing is, if I stay fit, I can be that player. I can be a success at United. You have seen, when I don’t have a problem, I play well. The problems come when I have an injury. After six or seven games last season it felt as though one leg was 30 per cent weaker than the other.”

2 responses to “It’s now or never for Anderson”