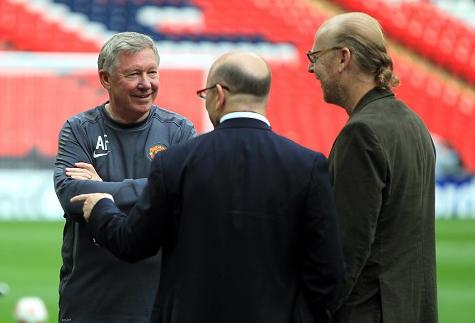 Manchester United manager Sir Alex Ferguson has launched a staunch defence of the the club owners’ transfer policy as well as his own.

The Glazer family bought United in 2005, but have been extremely unpopular with fans because of concerns over debt levels, and have struggled to match their rivals spending power as a result. “I am comfortable with the Glazers. They have been great,” said Ferguson. “They have always backed me whenever I have asked them. I have never faced any opposition.”

Factions of United supporters have vehemently protested against their ownership , which has seen the club rack up huge debts of £423m, but Ferguson has refused to critcise the Glazers financing of the club.
“They have always been as sensible as they can be in terms of financing the club,” added Ferguson
“They have to invest in the team to maintain the value of their asset.

“I think there are a whole lot of factions at United that think they own the club. They will always be contentious about whoever owns the club, and that’s the way it’s always been. “When the Glazers took over here there was dissatisfaction, so there have always been pockets of supporters who have their views. But I think the majority of real fans will look at it realistically and say it’s not affecting the team. We’ve won four championships since they’ve been there and one European Cup.”

The Scot also stood by the club’s refusal to compete with the likes of Manchester City in the transfer market, believing that his policy of blooding young players is preferable. Champions City have emerged as the dominant force in English football – thanks to backing from their wealthy Arabic owner Sheikh Mansour bin Zayed al-Nahyan.

However, United’s £20m bid for Arsenal’s 28-year-old striker Robin van Persie may be a reversal of this policy.

“We can play 18-year-olds because it’s part of our history,” he added. “No other clubs can do that. City won’t do it. They definitely won’t play any young players who have come up through their system.” 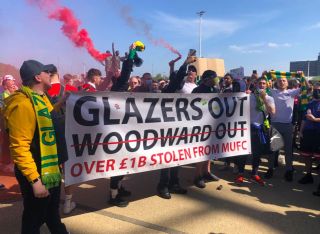