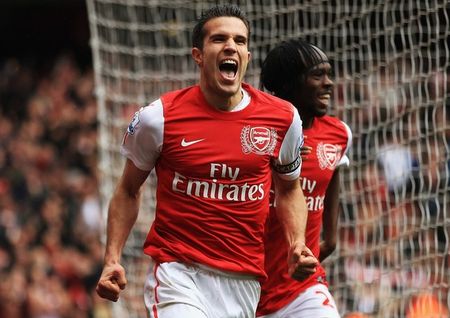 As news filtered through that there was to be an impromptu press conference held in Durban last night at 5.30pm, excitement built and it soon became news that United had submitted a bid for Arsenal’s wantaway hitman, and Premier League assassin Robin Van Persie.

Sir Alex Ferguson has confirmed making an offer for Robin van Persie but accepts there are other clubs interested in the player and is reluctant to discuss further something that might not happen.

Manchester United prefer not to make announcements on transfers until they have been finalised but it has emerged this week that they are keen on signing Van Persie from Arsenal, an indication that Fergie is desperate to nab RVP away from the clutches of City and Juventus.

Ferguson has now admitted he would like to bring in the Dutchman, who has told the Gunners that he does not want to sign an extension to his current deal at the Emirates Stadium.

Ferguson told the club TV station MUTV: “Obviously Arsenal have given out the fact that we’ve made a bid for him,” “We try to keep business as close as possible to us until the moment we conclude a deal. There’s no point talking about something that might not happen.

“There are other clubs interested in the player. We’ve shown an interest and that’s where we’re at at the moment.”

It is believed that none of the offers put forward by the interested suitors meet Arsenal’s valuation of around £30 million, understandable as that asking price for a man out of contract is bordering ridiculous.

Especially as RVP has been left out of Arsenal’s touring pre-season party, which suggests they are looking for a quick sell.