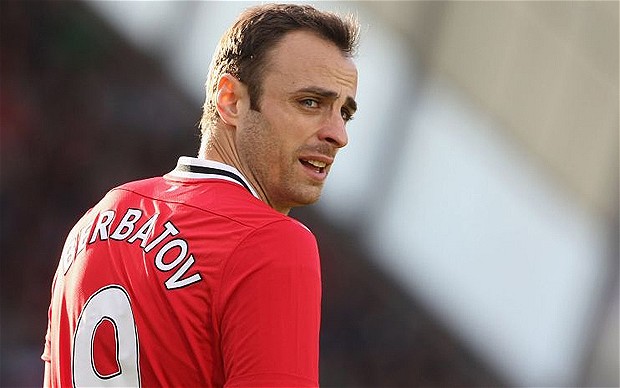 Sir Alex Ferguson has said he would be happy for Dimitar Berbatov to stay at Manchester United but appreciates the strikers determination to play week-in week-out, therefore, is open to watching him depart before the transfer window shuts in September.

The Bulgarian striker has recently been linked with a move to Serie A giants AC Milan, who have sold Zlatan Ibrahimovic to Paris Saint-Germain. Berbatov’s agent, Emil Dantchev, flirted with the club earlier this week after claiming the Manchester United striker would be open to a move to AC Milan.

“He may leave Manchester United at any time,” Dantchev told CalcioMercato. “His most likely destination is Italy, he’s always loved Italian football. I know that Milan and Juventus are looking for a striker. I can say that they are two big clubs. I cannot say much but I do say that Berbatov likes Milan and looks good in red and black. Dimitar would run to AC Milan, because the club have appreciated him for years. They will have to speak with Manchester United and start negotiations.”

The player himself took it to Facebook where he declared ‘it would be better for everyone’ if he moved on elsewhere. While I agree with that, I am surprised nobody has approached United with an offer, especially when his price tag is as little as £5 million. Berbatov is a wonderful, classy footballer who deserves more playing time. He won’t be happy otherwise.

Berbatov made the decision that he wanted to leave after his playing time was reduced dramatically last season, as he slipped behind Danny Welbeck, Wayne Rooney and Javier Hernandez in the pecking order. You won’t find many clubs in Europe with a fourth choice striker like Berbatov, but it’s unfair on a player that was dropped last minute before a Champions League final having finished giant top goalscorer in the league the very same season.

“I do not need to herald the abilities of Dimitar Berbatov, he is a fantastic talent,” said Ferguson. “Last season he didn’t quite get the amount of football he wants. At his age, it was difficult for him to accept his position in the forward line. He had Rooney, Welbeck and Hernandez in front of him, and they are all young men. The boy has a future, but if he wants to leave it is a different matter. I am easy about it if he stays. I would be happy with that. But if someone comes in and Dimitar wants to leave, we will assess it.”

The 31-year-old featured in Manchester United’s first match of the DHL pre-season tour against AmaZulu in Durban on Wednesday evening. He started the game sitting in the hole behind Javier Hernandez and Federico Macheda. Berbatov assisted Federico Macheda with was the only goal of the game.