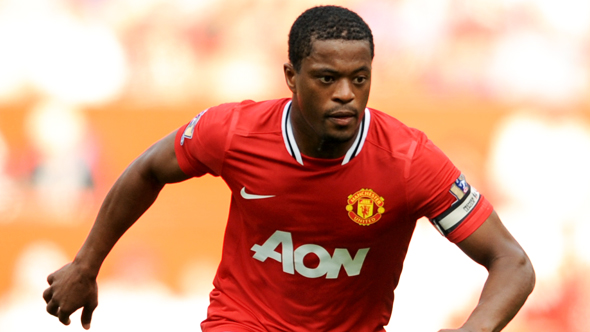 Sir Alex Ferguson has admitted the left-back position at Manchester United is proving to be the Achilles heel as United try and step up their summer transfer activity. We are still unsure who could yet turn out to be this season’s deputy for Patrice Evra while a United bid for Leighton Baines has been predicted for most of the summer, especially as protege Zeki Fryers seems certain to join Spurs, after running down his contract.

Yet amid an acknowledgement he is looking at his options in the position now Fabio has been allowed to join QPR on loan, there was no sense from Ferguson that Evra’s status is in danger, which would seem to be the logical conclusion from Baines’ arrival.

“It is an area we’re paying attention to,” said Ferguson. “In the last five years Patrice has played an average of 45-50 games, which is phenomenal. I don’t know if anybody else has achieved that. “He’s still a fit lad. He is a fighter and has the same drive and ambition. “But because he is never injured the opportunities haven’t been there for Fabio, who needs to play because he has enormous ability.

“With him at QPR for a year, we are a little bit short in that department, which is why we are trying Robbie there because we believe there is the possibility he will develop into a left-back. But we also have Tyler Blackett, who is a big strong boy, tall and quick going forward. “He’s only just turned 18. He has time on his side, but he’s here for the experience and he may yet surprise us.”

For all intents and purposes, Brady is an attacking winger, comfortable on both sides. The major pitfall of putting Brady at left-back would be his novice status in that role, a position he is not accustomed to. Brady’s attacking prowess would not be lost if he was converted into a defender, but it would have to be significantly reined in.

Both Blackett and Brady have travelled on United’s pre-season tour, and will surely be tested out in the full-back position to see who is suitable. Their potential to step up to the first-team cannot be questioned, it is no secret however that we are still trying for Leighton Baines.