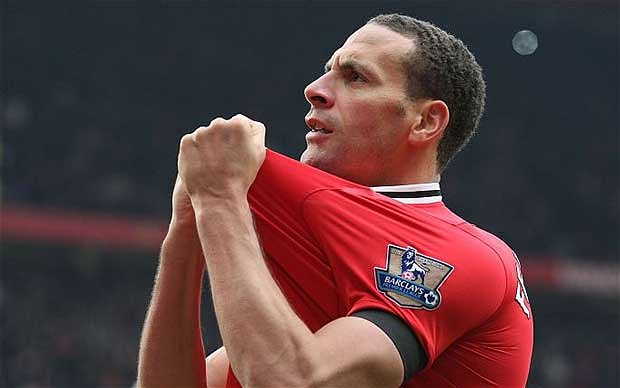 Rio Ferdinand is adamant he is more than capable of featuring in 35 appearances for Manchester United in 2012/13. Although the defender, currently in South Africa captaining the Reds on the DHL 2012 pre-season tour, accepts he’s not had the best of luck with injuries in recent years, he’s confident his body can still stand up to the rigours of top-flight football.

Speaking in Durban at a press conference ahead of United’s clash with AmaZulu FC on Wednesday, Ferdinand was full of praise for the Reds’ medical staff (famously criticised by sick-note Owen Hargreaves) and knocked back claims he’s now has the tag of ‘injury-prone’.

The 33 year old said, “It’s been well documented I had injuries over the last few seasons,” he said. “But I think last season I played about 35 games for United [three off the mark, seeing he played 38]. I felt I managed myself really well in terms of my back injury, with thanks to the physios and sports science team at United. They helped me through that as well.

“Long may that continue. Hopefully this season I can continue to play a similar amount of games. That would be great.”

Last season was indeed one of Ferdinand’s more consistent years in terms of staying clear of the injury table and United physio room, this enabled him to be the constant in the middle, which was crucial given the horrendous injury to Nemanja Vidic which curtailed his 2011-12 campaign.

Indeed, Ferdinand’s 38 appearances in 2011/12 was a marked improvement on his tallies in the two preceding campaigns (29, 21) laughing off claims that the 33-year-old can’t handle life at the top anymore. He even turned out in more Premier League matches than John Terry, who was elected to go to Euro 2012 instead of Ferdinand for supposed ‘footballing reasons’.

There is no doubt that Rio Ferdinand is still a quality performer on the pitch, and still one of the best centre-backs in the world. Sir Alex asked him to adapt his game accordingly after he was exposed horrifically in the City drubbing, Ferguson said he could no longer rely on his pace to get him out of trouble. Ferdinand adhered and was imperious in protecting David de Gea.

United should benefit from not only Michael Carrick’s international absence, but also from Hodgson’s decision to omit Ferdinand from the international fold. Ferdinand is only focusing on club duties- “To be honest, I’m not thinking about playing international football,” he said.

“Manchester United is at the forefront of my mind. It’s my club and this is what I love doing. If anything else comes of it then so be it. But I don’t think about anything except for playing for Manchester United and, hopefully, winning back the league.”

This mentality will serve United well as they seek to wrestle the Premier League back from the noisy neighbours.