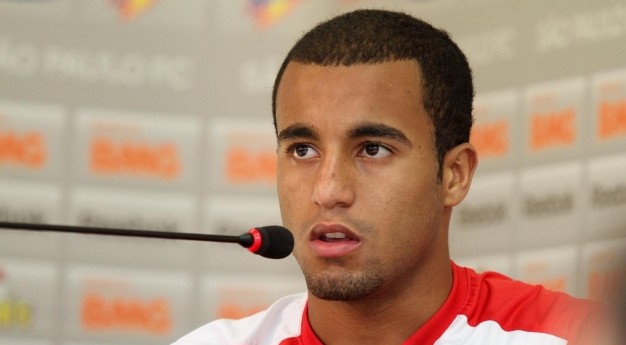 Manchester United put in a formal bid for Lucas Moura on Friday night after a week of reports suggested the club sent a delegation team to Brazil in attempt of trying to finalise a deal. However, São Paulo turned down the offer because they value the player higher than United and Inter Milan presumed.

According to Globo Esporte, United made an offer worth £27 million for Moura before conducting their negotiations with the player’s agent, Wagner Ribeiro, and the club itself. Stretty News understands it was the second time the Reds offered São Paulo a sum of money for the midfielder. The first bid being worth £16 million.

Lucas Moura has a buyout clause worth £67 million, although it is believed the club would happily accept £40 million. They might not value the player this highly but the percentage of Moura’s economic rights, that he owns, will dictate the ridiculous price tag.

São Paulo apparently own 80% of Lucas’ economic rights, therefore, it is believed that they want at least £30 million for the 19-year-old. That’s a large amount of money for an unproven star to come over to Europe and be expected to make an immediate impact. The Brazilian press don’t believe United will increase their offer.

The signing of Moura is unlikely. São Paulo insisted today that they are prepared to take the risk of not selling the highly rated midfielder just yet. “It is a risk not selling Lucas, but we are going to take it,” president Juvenal Juvencio is quoted as saying in the Daily Mail.

Also worth a read – Gossip: Moura to United? Everything on Lucas and how he would fit into the team