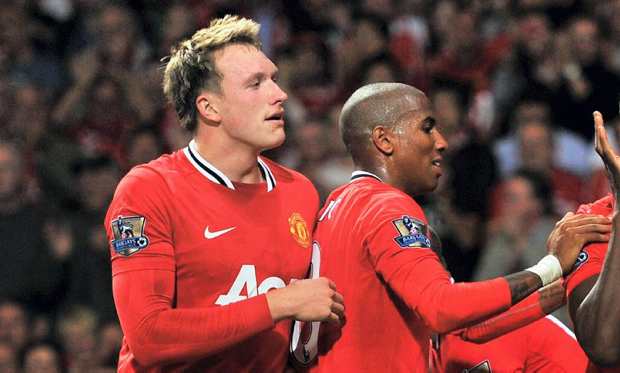 It is a topic that keeps rearing its head among Manchester United’s supporters. Why the club did not invest in a creative central midfielder last summer? Following the premature ‘retirement’ of Paul Scholes, the clamour amongst United fans to see some flair replace the significant void was momentous. Of course, the Twitter appeal to Wesley Sneijder and those close to him did not come to fruition.

One abiding drawback from last season was the ever-decreasing options available in the middle of the park: at the start of the season the sense of urgency about a replacement was less intense as United began defending their title so convincingly. But gradually the options in the middle of the park dwindled – Anderson injured and unable to regain fitness, Tom Cleverley injured and uanble to dislodge the messiah Scholesy upon return, Darren Fletcher ill. Ryan Giggs, evergreen as he is, could hardly be expected to play every high-intensity match at the age of 38. This led to even playing Paul Pogba, who was seemingly having his bags packed for him by Mino Raiola.

Sir Alex Ferguson had been forced to juggle much more than he would wish for in such a key area and the lack of stability had become a grave issue. The temporary fix to this problem (pre-Scholes) was to see the emergence of Phil Jones alongside the constant in midfield, Michael Carrick. It was a masterstroke from Fergie, especially as he came to prominence in the winter months, when injuries played havoc, decimating key cogs in the United machine, most significantly Fletcher.

Jones burst onto the scene at just 17, making an eye-catching debut for Blackburn against Ancelotti’s Chelsea, with Didier Drogba in the pomp of his career. Jones was not one to be intimidated or bullied by the Ivorian, marshalling him effortlessly to scoop the man of the match award and instantly being in the world spotlight. This boy was going to make it big one day. Jones has an in-built hunger and desire to never give in and fight til the bitter end. United gave Blackburn a severe hiding in Jones’ last year, but he was not afraid to dish out the verbals to those senior to him. This passion and leadership are qualities Fergie craves when scouting for talent and was more than pleased to beat rivals Liverpool to the signing of Jones.

The main point to come from this innate ability to rally behind his teammates and to show leadership on the field is he should be a prime candidate to bolster our midfield options, which are even more flagging given the departure of Ji-sung Park, with others expected to follow suit soon. Too much pressure cannot be put on one of our latest recruits, Nick Powell. Although I expect him to play his part next season, he should not be thrust straight into central midfield and I don’t think this will be the case.

Jones is not a total novice to playing in midfield, often churning out high-class levels of performance there for Blackburn primarily. Fergie seemed to reluctantly select Jones in midfield during the injury-crisis which struck our midfield; you can understand why given his stellar performances at right-back in the early stages of the season. This seemed to be Jones’ niche position after an immense debut outing, under the lights of Old Trafford he superbly contained Spurs’ flier Gareth Bale. It spoke volumes of the youngster that he was compared to our once in a generation Busby Babe, Duncan Edwards.

Then, due to the aforementioned midfield casualties, Jones stepped up to the plate proving another valuable asset to be his versatility and adaptability by filling in in arguably the most critical area of the field. Jones was a pivotal figure in ensuring United followed up the cataclysmic Derby capitulation by going on a typically Fergie run of results, which enabled us to play catch-up and apply pressure. Speaking after the 2-0 away win at QPR on December 18th Fergie had this to say: “His (Jones) energy’s really important to the team at the moment,” “He’s got tremendous potential and he’s got great energy, which you saw here. He was up and down the pitch, making fantastic runs through the middle. He could’ve scored two or three himself.”

This boundless energy was first seen in United Red when he played right-back. His willingness and competency in getting up and down the pitch at break-neck speed was particularly evident, he created a memorable goal in the 5-0 drubbing over Bolton at the Reebok and took all the credit. This would serve him in good stead if Fergie decided he was the one to control the middle. Many fans’ critique is the lack of a genuine box-to-box midfielder, this is not a cross besides Fergie’s management, it was under majorly unfortunate circumstances that Darren Fletcher has not pulled on Red for a concerning amount of time now.

Another point to consider is that box-to-box midfielder come at a price, we are seeing this with the fee City shelled out for that monster they call Toure, and back when Chelsea were the kings on the throne, Michael Essien’s power was a substantial force, it would be for £24million. United cannot simply pluck world-class players away from the clutches of others, given our obscure finances. The general feeling is that United are struggling and have struggled in the transfer market after the emergence of the nouveaux riches. So if we have a player who is more than competent in the midfield area, give them a chance, especially with the typical Fergie jibe of there being ‘no value in the modern market’.

When I watched Phil Jones play in midfield, I looked back to yester year and drew comparisons to two stalwarts of Manchester United midfield-pasts. Jones has a number of key, important assets which define whether a player can hold his own in midfield: his limitless energy- proving himself during his trial run in midfield to be a potentially dynamic box-to-box midfielder. He is not afraid to put his head where it hurts, often receiving knocks along the way, Fulham away last year comes immediately to mind. He is strong and aggressive, not only in his style of play, but also his approach towards the game- always looking to create attacks and put United on the front foot drom deep. He has an insatiable appetite towards the physical side of the game, why wouldn’t he after shackelling the physical specimen of Drogba in his debut professional match?

Do these features remind you of anyone? Keane? Robson? And where did they play?

Jones has all the atrributes required to be a quality central midfielder, pace, desire, aggression, good reading of the play. He is not flawless though, the ill-fated 2-3 home loss to Blackburn, and being tormented by Yakubu means we should not lose sight of the fact that Jones is not fully groomed to take the position and make it his own. But, he is still a kid and is ours for the next decade potentially. His nous of the position will come with maturity, needless to say it will come with the job of training around naturals like Scholes, Kagawa and Carrick. He is not as all-rounded as these individuals, but his potential to learn and enhance his already rising reputation is frightening.

One way to go would be to leave Smalling and Rafael battle it out for the right-back slot, and give Jones and Cleverley the mantle and say to them ‘show us you can become the next Keane or Robson’, I believe the potential is there.