Part two of John’s very own season review couldn’t come fast enough. If you missed out on part one, click here. However after an extended break to watch the European Championships and a deep clean of the Llama stables he is back to continue the season review, starting at the team placed 15th:

Wigan has always been a Rugby town, so why did Dave Whelan spend his ill gotten money trying to develop the football team? Especially given the fact that he played for Blackburn Rovers? I can tell you. His primary goal is NOT to make Wigan Athletic a great football team. He is actually a facade, a figurehead for a progressive medical science company based in Guam. CRYOfrog PLC is fronted by Kwame Luke Skywalker, a self made trillionaire who has been fascinated by the Star Wars trilogy all his life. Once he had made his money he set up a research lab to try and create his own clone army.

He uses Wigan to bring in athletes and then tasks his medical team to create a droid version, then clone them. The experiment neared perfection with Antonio Valencia and as the final stages were in place he was stolen by Lord Vadar and teleported away to the Death Star. Since then there have been many near misses; Rodallega, Palacios and Cattermole came close and they have high hopes for Victor Moses but they are worried they may have to eliminate Brendan Rodgers to ensure that he doesn’t try and tempt the jedi away.

This season they struggled to inject the serum into the team until the middle of April, then suddenly they achieved some success and Wigan managed to defeat United. Kwame leapt high into the air as he avenged his loss of Valencia and he rejoiced at the eventual damage inflicted on the Death Star. Who knows what the future holds for Wigan, but I can tell you one thing, Roberto Martinez? Like fuck. His name is Bob Martin and he is a Dorset lad, born and bred. Loves the fossils that are so readily available on the Jurassic coastline.

What’s the point? Their playmaker is a man who can throw the ball a long way. Their striker is so tall he has his own weather system and their manager wears a baseball cap. Nobody cares about Stoke City apart from their own fans, yet they are a collection of webbed feet inbreeds who struggle to see through their mono brows. Achieved all that can be expected with a selection of 6ft+ oddballs with the touch of Fred West.

I quite liked Sunderland when Brucey was their manager, he was putting together a team of United squad players and although I was sad that John O’Shea and big bad Wesley had left the sanctity of Manchester, I was pleased that they would be able to cuddle Richardson, Bardsley etc. Then that back scuttling bum-cuddler Steve Gibson made Brucey leave and employed the midget of dark footballing arts. Martin O’Neill likes a strange brand of football and is quite welcome to the Stadium of Shite. I hope those curious almost Scottish types will enjoy watching Gollum leap up and down on their touchline for many years to come. As they flounder between 17th and 11th.

I was ever so pleased for the Canaries. Mainly because I have a Delia Smith cookbook and I will always have a huge degree of admiration for her drunken pitch rant the last time they yellowed up the Premier league. If you were a key stakeholder in a Premier League football club and the fans were being shit you too would get on the turf and call them out, only difference being that Delia doesn’t care to throw the “C Bomb” out too much. They had a great season, but it has all turned sour in the summer. Grant Holt missed out on the England squad and then developed a Gerard complex. Seriously believing he is better than he is, handing a transfer request and sitting in his rural Norfolk cave waiting for Real Madrid to call. Then, when Aston Villa came calling (a team that finished lower in the league) Paul Lambert jumped ship. Poor old Norwich have enjoyed a great season but it seems likely to be their pinnacle.

Little known fact – I have sat in a directors box at the Liberty Stadium. Not because I am a director though, because if I was I would have been sat eating Welsh cakes and drinking Brains beer to celebrate a fantastic season. Inexplicably. On close inspection of their team there is no reason why they finished in 11th. Leon Britain keeps possession better than Xavi (stats don’t lie) but him aside they are just a great team unit. Angel Rangel has showed promise and Danny Grahame has proved to be a rich man’s Andy Carroll but that aside they have just worked well as a team. Swansea have really entertained and with Scott Sinclair and Nathan Dyer raiding down the flanks they have played great football. Sadly this has all been ruined by Rodgers leaving to join Liverpool, so now everything he has touched has turned to turd. Luckily the Swansea revolution was merely progressed by Rodgers, the initial seeds were sown by Roberto Martinez. Or Bob Martin as we now know him. 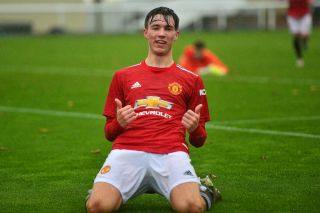 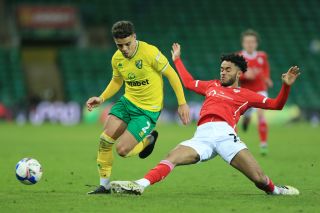