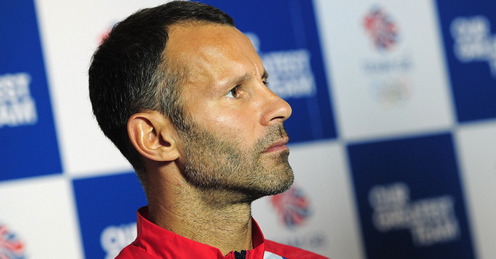 Manchester United midfielder Ryan Giggs has been named as Great Britain captain for the Olympics. Looking at the 18-man squad Stuart Pearce announced last week, I don’t think he could have appointed anyone else for the position after snubbing David Beckham.

“He’s got the respect of all the members of the group,” said Pearce, whose side face Senegal at Old Trafford in their opening game on 26 July. In fairness though, which footballer in the right mind wouldn’t have respect for a player of Ryan Giggs’ class, winning everything possible at club level in his career.

“Obviously it is a tremendous honour to be part of the Olympics,” said Giggs. “Stuart has obviously given me the captaincy, which is even better so I am really looking forward to it. It is a unique experience and one from the start that I wanted to be part of when I got the opportunity. I think it just got more and more exciting as the Games got nearer and then when the squads were announced I was obviously really, really proud to be involved.”

Giggs, who retired from international football in 2007, never experience a tournament for Wales because of their failure to reach either the World Cup or European Championship finals during his time representing the country. For that reason alone, I can see why Ferguson didn’t have a problem granting him permission to attend the event.

However with Ji-sung Park on the way down south and Darren Fletcher’s situation unknown, I don’t think many Manchester United fans can be too happy with Giggs and Cleverley having an involvement with Team GB this summer. We suffered enough difficulties in midfield last season and if we’re serious about taking our title back from City next season, we can’t afford a repeat of those.