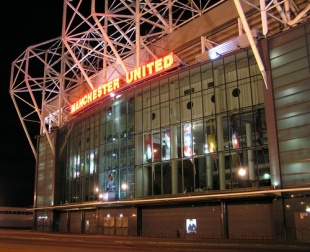 The one thing the Glazers are good at, is getting something for nothing or getting someone else to pay for it. This time they will use the New York stock exchange and while they’ll be selling part of one endless holding companies linked to United, they will win.

The Glazers still have complete control and nothing will be paid out to share holders. The shares for starters come in two classes with different voting rights. Malcolm of course has put in a catch and he will still own the class B shares which have ten times the voting rights of the class A shares. Anyone thinking of a classic style takeover can forget it and if you were thinking some nice money could be made, there are no dividend payments.

For investors and possible shareholders the incentive doesn’t seem very high. Other than hoping the shares will increase in value and having a piece of paper saying you own a share in the club, this is nothing like the days of the PLC or when the bond was issued.

During the PLC your vote was the same as everyone else’s per share and you got a dividend although small. With this new share issue you won’t get any of that. For the Glazers this is great. They will have full control and pretty much get free money for paying very little out. For the club this is also good, instead of paying 9% interest on bond debt, the Glazers will instead have shareholders who will be paid nothing and they will have put £tens millions into the club. All this money will then go to pay off the debt which will inturn reduce the interest the club pays out.

The debt currently stands at £423m and the current share offering in New York is believed to be worth around £64m ($100m). That would take the debt down to around £360m reducing the interest payments from just under £40m to around £32m. If the share offering  is successful it could lead to a greater amount of shares being released but anything more than this is just speculation and guess work.

The document released by the club says the share offering is pretty much to tackle the debt problem. Any speculation on future share releases to either work out the value of the club for a sale or just to reduce more debt are just that, speculation.

For the fans of the club, there is no advantage to be had other than seeing a little less money flow out the club.