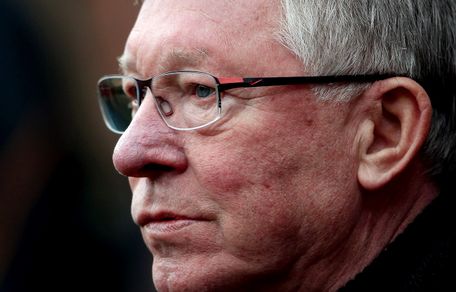 Manchester United have already completed the signing of Shinji Kagawa and Nick Powell, but Sir Alex Ferguson insists they have plans to add another one or two to that list before the transfer window closes.

The boss seems pleased with United’s business this summer is planning out and hasn’t used the “no value in the market line” just yet. He spoke about the duration of negotiating with other clubs for players, admitting it can be a long process.

When asked if United were planning on signing more players, Ferguson told MUTV: “Yes, there’s a possibility. We’re working on one or two things but there’s nothing really to tell you to be honest.

“We always try to get our work done at the end of the season – we spent a good deal of time sorting the deal with Shinji and we’d agreed a deal with Nick Powell before the play-offs which was a good move by us because the boy had an outstanding final at Wembley.

“When you don’t get deals done immediately and you’re negotiating with a club over a long period, then you can’t expect to just snap your fingers and get it done.”

Having a wild punt, it wouldn’t surprise me if Ferguson was talking about Leighton Baines and Joao Moutinho. Talks with Everton have been going on for quite a while now and it looks like United are waiting for The Toffees to lower their price demands. As for Moutinho, the club haven’t approached FC Porto just yet. There’s probably still faint hope of Modric wanting to stay in England but with a bigger club.

2 responses to “Ferguson: Eyes on ‘one or two’ more players”