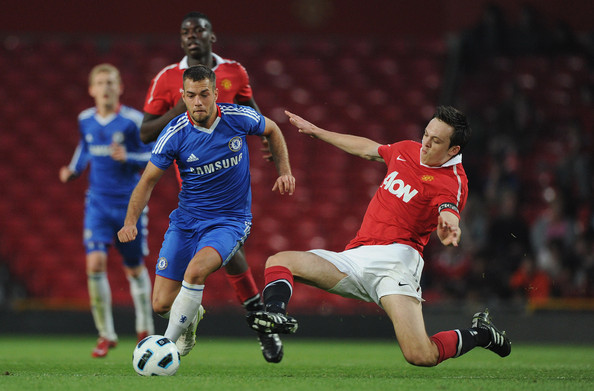 Tom Thorpe has been named captain of the England U-19 squad for the European Championships which kick-off Tuesday in Estonia. The Manchester United youngster will lead out his country for the first time against Croatia.

Thorpe would be one of the more experienced players within the squad, having picked up caps at international levels down as far as U-16. He also played a part in the U-17 squad which became European Champions in Liechtenstein two years ago. His progression as a youth player at Manchester United has been nothing sort of impressive either, captaining the side in 2011 as they won the FA Youth Cup.

“I was very honoured and pleased that he asked me,” Thorpe said. “Hopefully I can lead the team and show an example. It was a bit of a surprise to be honest, I wasn’t expecting it at all, but I’m honoured and we’re just ready to get started now. I don’t think it changes how you play and there’s a few players who have experience of it in this squad, both with England and with their clubs as well. It won’t change much on the pitch for me, we will have three or four captains out there. I’ve done it before at club level, I was captain when we won The FA Youth Cup and that was a great experience.”

The England U-19 squad consists of three Reds in total, so Thorpe will be a familiar leader. Sam Johnstone and Michael Keane will be keen on making a good impression. Johnstone has improved a lot in the last year and looks far more comfortable between the sticks. As for Michael Keane, you could say something similar when improvement is considered. It wouldn’t surprise me if he went out on loan next season.