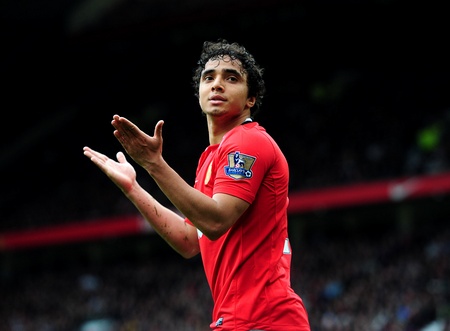 Rafael da Silva has signed a new four-year contract which will see the Brazilian full-back stay at Old Trafford until the end of the 2015/16 season.

Rafael, aged 21, arrived at Old Trafford in the summer of 2008 along with his twin brother Fabio, who will spend next season on-loan at hopefully another Premier League outlet. Since breaking into the first team at United, Rafael has seen himself called into the Brazil squad but only made two appearances so far.

Ferguson is delighted to have secured Rafael’s services for a further four years. He told ManUtd.com: “Rafael is one of the club’s brightest young prospects; he has no fear of playing and has great belief in himself. The boy has developed immensely since joining United, his energy and enthusiasm are a joy to watch. Rafael has all the attributes to become one of the best full-backs in the world and I am delighted he has signed a new contract.”

The deal itself makes sense. People often forget how young Rafael is when they take the hunger, desire and enthusiasm he carries into account. He has a bright future ahead of him and it’s time he makes that right back position his own.

“I am so happy to sign a new contract,” Rafael told us. “I love playing for Manchester United, there is a great team spirit here and a real desire to win. My time here has been unbelievable; winning two league titles, a league cup and a Club World Cup has made me hungry for more trophies. I would like to thank Sir Alex for his belief in me and I would also like to thank the fans for their support.”