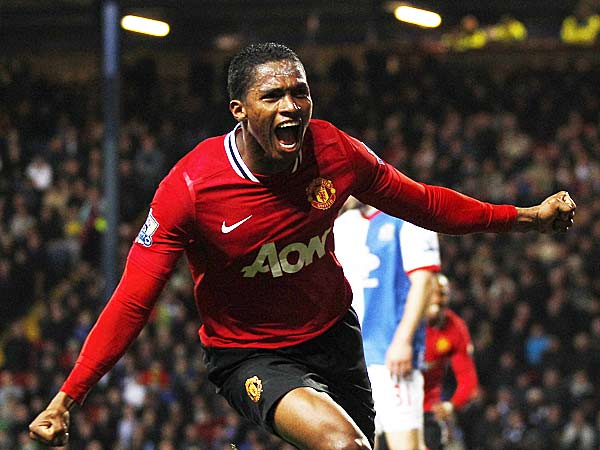 United may have ended the season with crushing disappointment, but Antonio Valencia can reflect on the 2011/12 campaign with reasonable satisfaction and fondness. Even Wayne Rooney’s superb tally of 34 goals could not stop Tony V from sweeping the board at the end of season formalities, this universal recognition from the Republic of Mancunia highlights the Ecuadorian’s importance to United’s success and future aspirations.

The winger, who cost United £16 million when he moved to Old Trafford from Wigan in 2009, was named both fans’ and players’ player of the year as well as scooping the goal of the season award for his strike against Blackburn in April, which at the time felt like a massive goal in the title race, if only… But there is validation to suggest the Ecuador winger has done more than anyone to advance United’s cause with his assists, goals and even a willingness to defend, the work-rate in particular, which sometimes is absent in Nani’s game. It is easy to see why Fergie elected with Young and Valencia at the start and end of the season: you get the impression Nani is a reluctant tracker back, whereas the two aforementioned see it as added responsibility, hence why they deal in consistent performances on a far more regular basis than our Portuguese flyer.

Nani is very much a luxury player, a mercurial talent, alongside Wayne Rooney probably our only genuine match-winners, whose brilliance can turn the course of a match in an instant. But the all-roundness of Young and Tony V is particularly equipped to the rigors of the modern-day football in England, with more athletic players, work-rate is a very significant trait to have, this is where Antonio comes into his own. The security he gives the full-back behind him is admirable, especially with our fledglings of Smalling, Jones and Rafael, their young shoulders have been well guided by Valencia, a key feature in our new-found solidity post-Manchester City embarrassment.

It would not be an overstatement to suggest that Valencia is redefining the aesthetics of quality wing-play. So what makes Tony V the force that he is? His old boss at Wigan and ex-Red Steve Bruce said, “I have only worked with the kid for 18 months but he has got a special talent. He’s a very good player.” Sir Alex was full of praise during the second half of the season: “He’s such an honest, hard-working player. He can tackle, run with the ball, beat a man, cross… he’s got everything really and he works so hard for the team which is very important.” Rafael, who benefits from Valencia in front of him said, “He just plays his natural game and gets better and better all the time.”

It is no secret that our talisman Mr.Rooney looks hungry every time Valencia gets the ball down the right. It is amazing to recall how many goals Rooney gets from Valencia assists. He clearly enjoys playing with the Ecuadorian: “It is great for the forwards because he is so good at delivering the ball into the box quickly.” Another key component to Valencia’s game is his searing pace up and down the flanks. This was evident particularly when he was missing through injury or rest. Bilbao in particular springs to mind, we lacked pace in the final third, surely a key weapon to expose their high defensive ploy? Valencia’s golden spell was between winter and spring, he tore apart Wolves at Molineux almost single-handedly, and was absolutely immense in countless matches.

Critics and skeptics were quick initially to brand him the ‘successor to CR7’, immediately putting unnecessary pressure on his broad shoulders. Typically, Valencia shrugged off these claims, he is his own man, and a particularly admirable facet of his is his quiet nature: he just quietly gets on with business, hardly ever gets into trouble on or off the pitch, and his sole desire is performing well, preferring others to get the limelight. His humbleness also sets him apart from others in the field, with the glitz and glamour of the end of season awards, Valencia, as a mark of the man, dedicated the award to those who have helped him become the force he is: “There should be 20 of these awards because all of my team-mates deserve one. I’d like to thank them and to thank my fans at home in Ecuador and Manchester United fans everywhere.”

Doubtless to say, Valencia has been a bargain. Given modern day transfer fees, cough… Hazard… cough, £16 million after selling CR7 for £80 million was serious value. Valencia must be a nightmare for full-backs. If you defend deep, it gives him time to pick out crosses (arguably his best attribute). If you get tight, he can knock it past then no-one is catching him. If you defend deep again, it gives him more space to run into and burn defenders for pace, this can ultimately be costly as Valencia can strike the ball hard (see goals versus Wigan and Blackburn as examples).

Valencia is not flawless though, he is very right-footed, sometimes labelled as a ‘one-trick pony’ because of this almost exclusively one-footed nature, this can sometimes make him a bit predictable, but he keeps producing the goods regardless and is still a major nuisance. There are a fair few more talented footballers in world football than Valencia. Despite this, there are very few out there who can claim to be just as effective as United’s number 25. He is an example of how sometimes someone with simple ability but able to do things consistently and effectively can turn into a world class player. By doing something as simple as getting past his man and crossing, Valencia has made himself an invaluable member of the United squad and given how he got rid of his agent recently, it appears as though he is prepared to stay at United for quite a while yet.

To put Valencia’s season into perspective, he had endured a difficult start to the campaign, missing the entire pre-season and the first month of competitive action after suffering an ankle injury during the Copa America. He was then forced to play right-back to cover for Manchester United’s defensive injury problems. All this after that horrific injury the year before, Valencia’s renaissance and level of consistency has therefore been nothing short of outstanding.

There are a few rumblings and Twitter campaigns, now Michael Owen has vacated, to give Antonio the coveted and prestigious No.7 shirt as a way of saying ‘thanks’ for his efforts. Who could begrudge him that, really?

4 responses to “Tony V – A dream player for every manager” 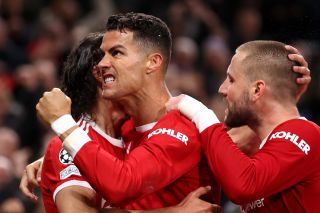