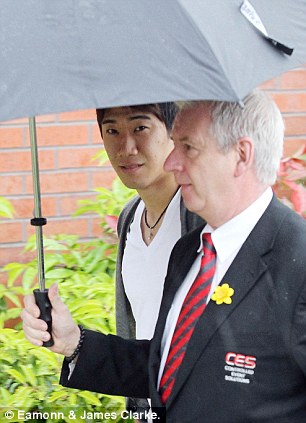 Shinji Kagawa passed a medical at Bridgewater Hospital on Friday before finalising a four-year deal with Manchester United. Sir Alex Ferguson already expects him to be a success at the club and acknowledged his exciting style of play.

At the start of the month, June 5 to be precise, United were negotiating a deal with Borussia Dortmund after agreeing terms with the player. The club released a statement on that day announcing that the deal is subject only to a medical and obtaining a UK work permit. Due to the delay, Kagawa has become the second signing at Old Trafford this summer with Nick Powell arriving last week.

Manchester United supporters have been looking for Ferguson to improve in midfield for a couple of years but whilst I don’t believe Kagawa is exactly what we need, I do think it’s a step in the right direction. We haven’t had a goalscorer in midfield since Ronaldo, therefore, he’s far from an addition you’d stick your nose up at.

“Shinji is an exciting young midfielder with great skill, vision and a good eye for goal,” said Ferguson. “I am delighted he has chosen to come to United. I believe he will make an impact upon the team very quickly as he is suited to United’s style of play. We are all looking forward to working with him.”

Reports suggested less than a month ago that United were close to signing Lille’s highly-talented Eden Hazard, who opted to join Chelsea instead. However, judging by Kagawa’s stats United have got themselves a bargain. He scored 17 goals and made 13 assists last season for Dortmund helping them win the double.

The 23-year-old sounds excited about getting started at United. He told ManUtd.com: “This is a challenge I am really looking forward to. The Premier League is the best league in the world and Manchester United is such a massive club. This is a really exciting time for me and I can’t wait to meet the team and start playing.”