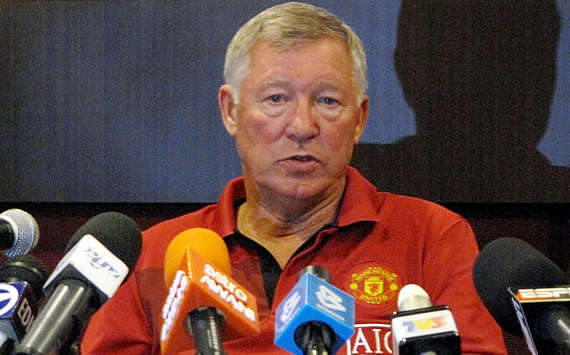 The 1st July 2012 marks yet another beginning to a frenzy of speculation which you just inevitably grow to love and hate. Speculation gathers pace remarkably during this time causing a frenzy amongst transfer-hungry fans.

If you just take the last two months as an example, we’ve already been linked with over 20 new arrivals according to the ManUtd.com gossip column, with approx. 10 supposed departures. We all know for a fact that these supposed ‘arrivals’ will continue to increase as each day passes during the summer window, so why on earth do we get linked with so many players and will we actually sign any of them?

Put simply, with an approximated 659 million supporters we are undoubtedly the biggest football brand across the globe. As wonderful as that is, we are caught in a vicious circle with no escape route. We are like a chew toy for agencies, a tabloid’s dream and a tweeters opportunity. If you want to get your client known or you’re an agent negotiating a contract elsewhere, nothing beats using the Manchester United name to achieve your end goal. In order for that process to work however, you need a catalyst. Unfortunately for us, we are our own worst enemy as our over-ambitious transfer expectations keep the rumour-mill well oiled – but why do we act like this?

Well, many of us expect marquee signings to appear every season, perhaps more so after a disappointing campaign. I suppose our desire to see new faces is driven in part by our lust for success, or perhaps it’s because we’re naturally studying what our rivals are doing. The natural reaction to the latter is to simply go one better than your rival(s) in business, but the simple truth we must all understand is that such signings are not always possible nor is it necessarily the answer.

For all their money spent on players and with a massive 114% of revenue spent on wage, Manchester City only managed to win the league by a measly eight goals ahead of us.

If you break it down even further and consider that we were uncharacteristically inconsistent for most parts, mainly due to the fact we were without key players due to injury, then that’s surely even less reason to see the knee-jerk panic buying some are expecting.

Furthermore, I do not want a team of mercenaries – I want to see players choosing to play for Manchester United for the very reasons we ourselves would state given the opportunity, rather than being solely driven by a wage packet. Therefore, if a player chooses another team over us based on money there’s simply no need to be disheartened, there’s plenty more fish in the sea that would wear red. When there’s no Ronaldinho, there’s a Ronaldo waiting in the wings. With United there’s always another option to consider, and you know that will be just as good if not better than the original target.

Ultimately, the point I’m trying to make is that the team will be stronger next season regardless of what happens this summer. We won’t buy every player we’re being linked to, so don’t complain when we’re not comparably splashing cash on salaries and suchlike. We conduct our business in an entirely different way, so ignore our counter-parts and the endless fictional journalism, let’s just concentrate on supporting the team and trust those responsible for improving the squad. They’ve done it before, they’ll do it again.