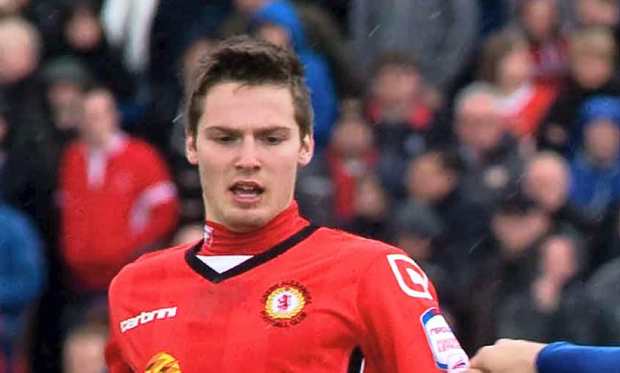 After weeks of speculation, Manchester United have finally confirmed the signing of Nick Powell from Crewe Alexandra. The teen received interest from a number of clubs including Liverpool but decided to chase his dream, signing for United, instead.

The attacking midfielder, who completed over 25 appearances for England’s underage teams, passed a medical on Tuesday before agreeing a four-year-contract from 1 July 2012.

“We have scouted Nick for months now,” said Ferguson. “He is an exceptional talent and has been schooled well at Crewe. I’m delighted he has chosen to come to United. He has a lot to offer and we are all looking forward to working with him.”

It was reported last week that Liverpool had entered the race to sign Powell, who was apparently wanted at Arsenal when aged 16. Seen as he picked United it makes him the third player in the space of two years to do it at the expense of Liverpool, yet there’s still negativity surrounding our youth players with Ravel Morrison and Paul Pogba moving on in the last year. However United brought in young players like David de Gea, Phil Jones and Ashley Young last summer which shows that we’re still attracting young talent and Powell only adds to that.

“It really is a dream come true to be signed for Manchester United,” Powell said. “I had a great time at Crewe and I would like to thank them for helping me to develop as a player over the past 13 years. I’m excited about continuing my development with Sir Alex and the word-class players in the squad. The thought of making the step up to the Premier League is an exciting prospect. I can’t wait to get started.”

Powell’s last game for Crewe will be one to remember for the youngster. He scored a cracker against Cheltenham in the League Two play-off final which they went on to win.