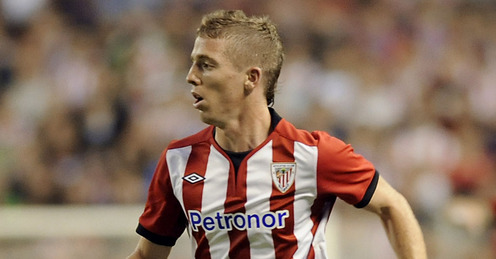 The circus is in town, at last. It is that time of year again, where the transfer rumour mill is going into overdrive. We know the drill by now: any midfielder who has had half a decent season will be linked with Manchester United. As many scour the gossip columns, in hope rather than expectation, passivity is the best way to approach this time of the year. It happened last year, with the infamous case of Wesley Sneijder. It was almost guaranteed he was going to United, according to ‘well-placed’ sources ‘close to the deal’. For all our hope and optimism, nothing happened. This makes me a bit sceptical about who are our ‘genuine’ targets, in this blog I can only recommend two players of genuine quality and potential to enhance their already burgeoning reputations.

Frankly, our European exploits last season were bordering on disastrous for the high precedents that we have previously set. However, despite this nightmare is in the past, and the shortcomings from this could actually lead to a distinctly prosperous future on the domestic and European front. As Bilbao’s youthful crop tore us apart home and away due to their seemingly limitless energy-levels and exceedingly relentless work-rate, their comprehensive victories were epitomised by their tricky shadow striker Iker Muniain. Despite their mediocre performances domestically, finishing mid-table, Bilbao played an attractive brand of free-flowing football, incorporated alongside their will to harry and play an exhausting, energy-sapping pressing game, they proved too much for United and although the European exit was hard to take, one could not begrudge Bilbao of their success, it was actually refreshing to watch this unique style employed by Marcelo Bielsa.

Muniain is one of the key players utilised by Bielsa, his potential is frightening, and at only 19-years-old he will undoubtedly develop into one of the greats. This is why it is essential SAF delves into whatever resources are there and buy this kid. Dubbed as the ‘Spanish Messi’, his attributes surely frighten a lot of defenders. He has pace to burn, outstanding ball control and dribbling ability combined with creativity in abundance, already demonstrated on the European circuit. His talent was spotted at an early age, becoming the youngest man to represent the Basque side at just 16 years 7 months and 11 days in a Europa league encounter. He also holds the record for being their youngest ever goalscorer and youngest to score in La Liga.

He has not only drawn comparisons with arguably the best player of the modern era in Lionel Messi, but also with one of our own. Muniain’s work-rate, hunger to track back in defence and general enthusiasm has been likened to Wayne Rooney. Ferguson places particular emphasis on our wingers to track back as often as possible whilst not diminishing their attacking threat. This is why the boss preferred the willingness of Antonio Valencia and Ashley Young in the second half of the season, reducing Nani to a limited role due to feasibly his token weakness – the reluctant manner of his tracking back. As I have stated previously, Nani prefers to save his energies for the critical areas where he can hurt defenders. Muniain is akin to Young and Valencia in this respect, as he does not mind doing the dirty work of supporting the full-back in the defensive duties. It is important to consider this aspect of his play, not only the attacking qualities, and this will surely make him a target sooner rather than later. As much as Nani can be dangerous, he can also be detrimental. I remember sitting in the South Stand for the infamous 4-4 draw with Everton. I and several others were screaming at Nani to stop the cross which lead to Fellaini’s goal. The simple fact is, stop the cross and the opponents will find it difficult to score. It is these basics that need to be adhered to. I am not in any way saying Nani cost us the title, but that goal from Fellaini gave Everton belief that we were there for the taking and we were punished and duly crumbled defensively in the second half.

Just one further point on Muniain collectively,the 19 year old has led his club by example as they attack and defend as an organized unit, pressing opposition fiercely after losing possession and attacking at pace when possession is won back. Not blessed with the most imposing physique, he stands 5’6” tall, Muniain however is deceptively well-built, possessing a blistering turn of pace and exceptional technical ability, his tiny size does him favours, it allows him to be incredibly hard to mark as he has a low centre of gravity giving him considerable balance, he is light and can accelerate as well as change direction at speeds which are unreachable for defenders.Running at high speeds obviously requires him to have a good ball control and that is something which he has developed into near perfection over the years.

It takes rare talent to break into a Spain side that has formidable hegemony over the world but, at just 19 years of age, Muniain’s massive development at Bilbao was recognised and he received his first cap for Vicente Del Bosque’s side in February when Spain faced Venezuela on 24 February 2012. Five days later, he came on for Cesc Fabregas in the 74th minute of the 5–0 win in Malaga. His adaptability, being able to play in a number of attacking positions, is also an attractive proposition, we saw this at United when Ashley Young played in behind Wayne Rooney when Danny Welbeck was injured. To go alongside Shinji Kagawa, Rooney, Welbeck, Young, Nani and Valencia, Muniain would make United’s attacking prowess even more daunting for opponents.

So that is one ‘M’ out of the way, Bilbao’s Iker Muniain, see him in action against us below:

Moving onto the second ‘M’ of the duo. It is no secret who this player is. He has been coveted by not only us, but also Chelsea for some time now. He is the most desired creature in modern football, and perhaps the hardest to find. He must be strong but quick, solid but adventurous, sure of his role but always eager to redefine it. He needs to be two-footed and quick-witted, to score goals and to add the final creative piece in the United jigsaw. The nostalgia immediately upon Paul Scholes’ retirement highlighted the need for serious midfield strengthening. We have secured one segment in the form of Shinji Kagawa, now we are lining up the second M, Tottenham’s Luka Modric.

There are many visions of the ideal modern midfielder. In the eyes of some, he might look like Yaya Toure, a physically imposing man who can win the ball and intercept it with fine anticipation, with the ability to eat up the ground and run at pace, Toure is a machine, a beast. Others see thoroughbreds, technical masters as the jewel in the crown. Juventus’ invincible season was masterminded by the astute acquisition of Andrea Pirlo, Bayern Munich depend on the evergreen Bastian Schweinsteiger for their creativity and supply for Mario Gomez. These are footballers who have conspicuously mastered the tactical trends and ever-changing demands of modern elite football at the highest level. Modric fits into the same bracket seamlessly.

It is easy to see why Chelsea wanted Modric, and why United are confessed admirers. Since joining Tottenham, he has convincingly rebuffed the idea that his slender posture might be an hindrance in the brutal battle of English football. I have watched Modric on the live stage and on television, and I can happily say that alongside David Silva, he is closest specimen to Paul Scholes in the Premier League. This is the best compliment I can say about Modric. Another is that Spurs missed him greatly at Old Trafford in our first home match of the 2011/12 campaign (he supposedly refused to play as he was not ‘in the right frame of mind’ amidst the Chelsea saga). Anderson and Cleverley ran the show and we cruised to a 3-0 victory.

Personally speaking, I relate to other midfielders based on their resemblance to the master, Paul Scholes. I see a lot of Scholes in Luka Modric. The sign of a great midfielder is his ability to have an image in his head before it has occurred, always thinking one step ahead of their opponent. All the greats had this ability, Scholes, Zidane, Gullit, the list could go on. Add Luka Modric to that list. Scholes was full of praise for the Croat upon retirement saying he was very difficult to play against. If Scholes likes a player and appreciates one who holds similarities to himself then people should justifiably take his word for it. The fact Spurs rejected Chelsea’s mega-rich advances for him last summer shows how special Modric is.

Modric has flourished under Slaven Bilic at International level. His soon to be departed national coach has guided Modric from an introverted child refugee whose country suffered in the Balkan conflicts, to a gifted, renowned superstar. Bilic ahead of Euro 2012 stated, ‘there were better-known players in the tournament (Euro 2008) but, for me, he was the best. I wouldn’t swap him for any midfielder, no way. Xavi and Iniesta have trophies but Luka is in that category’. Those closest to him and those who played against him, rate him to the highest degree. If Modric was a film, he’d have an Oscar. His vision, technique, flair and guile make him a force to be reckoned with. And with Spurs’ second successive failure to secure Champions League football, albeit a little harsh, and the uncertainties surrounding Harry Redknapp’s long-term future, the haggling process, notoriously tricky given the nature of Daniel Levy (see Carrick and Berbatov transfers), should prove to be simpler than previously.

With the futures of Anderson, Park and Fletcher unclear and Pogba departing to Juventus’ reserves, Fergie is in the market for a midfielder alongside Kagawa. Modric will whet the appetite of many supporters just like the teases of Sneijder and Hazard have. To conclude, just imagine the midfield comprising of Kagawa, Scholes, Carrick and Modric. With the wing play of Nani, Young, Valencia and Muniain. To go with the strike force, in theory, exciting times could be potentially ahead of Manchester United. See Modric in action below:

2 responses to “M&M: Should Fergie be tempted by Muniain and Modric?” 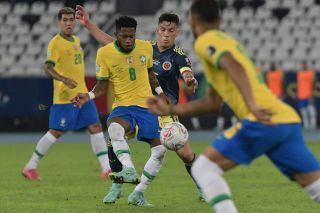 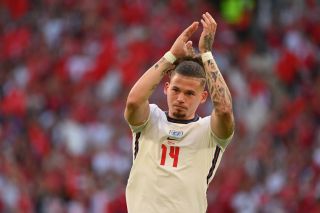