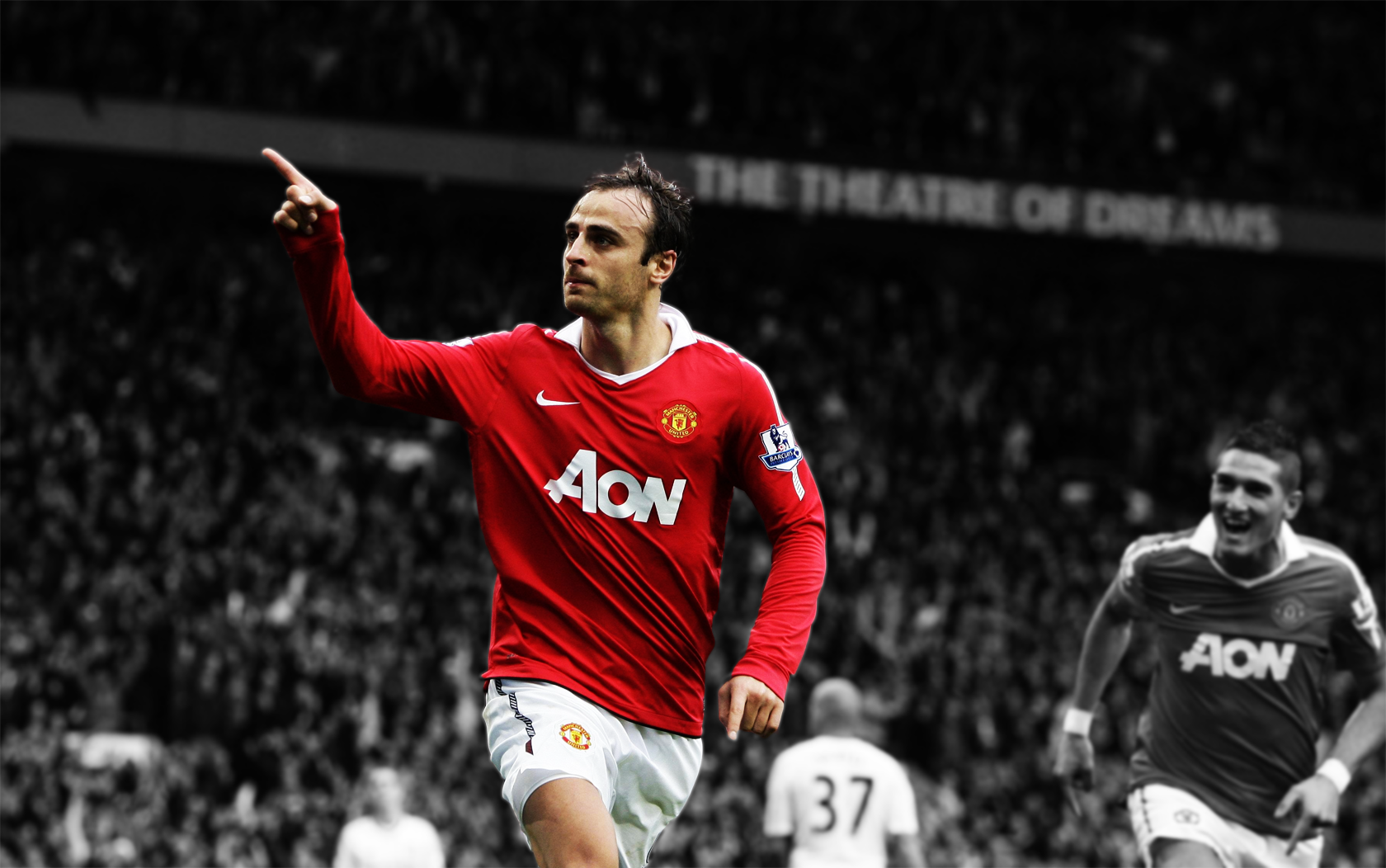 As the curtain calls on Dimitar Berbatov’s four year stint at Manchester United, now seems the most appropriate time of them all to contemplate over his time with us. Whether you like your players at full tilt for 90 minutes or, on the contrary, you like a showman, someone with swagger and seemingly innate nonchalance, making the game look far too easy, take the time to appreciate Dimitar’s time with the club in this blog.

Footballers always divide opinions, it is almost a clause inserted into their contract, that they will frustrate at times, but more often than not, they light up the arena they were born to play in. For me, there are naturally pleasing players to watch (Ronaldo, Messi), slipping down Memory Lane at United, Eric Cantona also falls into this category. Unlike most footballers, Berbatov is an artist. He plays the game the way he sees as aesthetically pleasing, his raison d’etre is to entertain the paying folk who come through the turnstiles. I get the impression that Berba is not a man who enjoys scoring tap-ins.

There are two concrete mindsets when it comes to the languid Bulgarian; those who think he’s a brilliant and mercurial talent, and there are those who think he’s lazy, uncommitted and hid away in the so-called ‘crunch games’. Which side you are on probably depends on how you like to see football played. If you’re a fan of run-all-day players whose contribution is measured by perspiration, Berbatov will annoy the hell out of you because that’s not his game at all.

The reason for Berbatov’s supposed ‘lack of effort’ is down to the fact that, unlike Rooney who tracks back unselfishly for the team, or Welbeck and Hernandez who harry the last defender with their pressing routine, is that he saves his energy  for where it matters most, in a similar fashion to Ruud van Nistelrooy or Eric Cantona. Both Cantona and himself possessed a unique quality to play the game visually quicker than their opponent. Both had the ability to create huge acres of space in front of them for their partner, enabling the two to play as the link-man with subtle, deft flicks. The reason I am comparing Eric to Berbatov is they were both mavericks and showmen, people who wanted the attention firmly fixated on them, and them only. Berba will not be worshipped like Eric, but all the same he should be held in similar vein.

As we have seen in previous years, Old Trafford enjoys mercurial talent: the Busby Babes had it with George Best and Dennis Law. In more modern times, well need I explain the impact CR7 had on most supporters, just look at what he has achieved post-United. We are saying it now, albeit inconsistently with Luis Nani, and had the flair of Berbatov when called upon. Fans have short memories, we are talking about the highest scorer in the Premiership for 2010/11 (along with that money grabbing whore). To go alongside the guile, cheek and technique, the guy can still put the ball in the net.

Berbatov also combines well with teammates when pushed up against the last defender. The United striker can pull off clever flicks and play quick, one and two-touch football. His technique and composure on the ball allow him to seamlessly link up with the midfield. When Berbatov drops deep to receive the ball, he has space and time to combine with the midfielders. The Bulgarian has exceptional skill, and can play intricate one-twos down the flanks or through the middle. One particular match endeared him to the Old Trafford faithful more than any: It’s the 19th September 2010, opponents… Liverpool. So he scores a nice header to put us one up, but the 2nd goal before being eclipsed by Rooney’s effort against the neighbours, was one of pure box office. It was worth the admission fee alone.

Berbatov will prove to be a massive hit wherever he goes abroad. He does not deserve to be sitting on the bench in the remaining few years he has at the top. He showed this season that whenever called upon, he did the business more than anybody, highlighting the fact that he was criminally underused, particularly post-Christmas. He averaged a goal every 73 minutes, scoring seven times in the Premier League in 2011/12 (Rooney, one goal per 105; Welbeck every 224 minutes and Chicharito every 148 minutes). Yes, the caveat to this fact is that his goals came against so-called ‘flat-track minnows’ but the main point is that an extra goal threat to the squad might have seen a few more hitting the net, and maybe we wouldn’t have lost the league by eight goals only. This coincides with the 2011 Champions League final snub, in favour of Michael Owen because Fergie ‘wanted an extra goal threat’. What a kick in the nuts that was, to say to your top scorer, ‘right son, sorry you’re not even on the bench tomorrow’, it was like breaking a kid’s favourite toy and promising to get them a new one. Berbatov said of the snub, ‘I felt like someone had stuck a knife in my heart’. United should have ran with Paris Saint-Germain’s £20 million offer last summer if they knew he wouldn’t suit the evolving style that United are still seeking, i.e. quick, pacey counter-attacking football that worked in 2008 when we won the double.

This quote alone tells me, Dimitar Berbatov will leave with a heavy heart. I mean, anyone who rejects our biggest rivals to signs for United via being smuggled into the back seat of a car by Fergie, will instantly go into Old Trafford folklore. Berbatov said in an interview, ‘I rejected City’s offer to play for the best club in the world’. And reflecting on his time here, he added, ‘my goal in life was to reach the top and United was exactly this’.

Berbatov’s almost one-in-two record for United will forever endear him to the majority of fans’ hearts. What will make me miss Berba the most? The way he plays the game, his touches are so delicate and sublime, with precise flicks, oustanding hold-up and strength, and an uncanny knack of finding the net in the most chic way possible, Berbatov has a bit of Cantona and a bit of Ruud about his play, and those two crafted into one would not be a bad striker at all, would they?

Thanks for the memories, Berbatov.

2 responses to “The end has come for Berbatov at United”