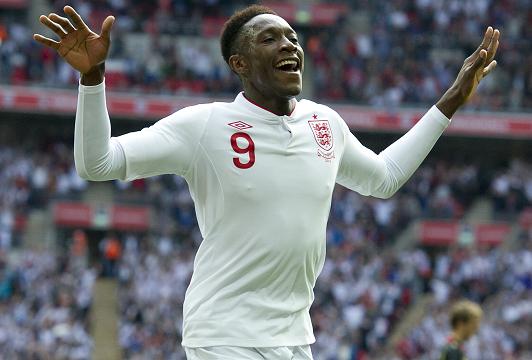 Quite typically, for the England international team/circus, they enter Euro 2012 under a shroud of uncertainty and controversy. Manager Roy Hodgson has only been in his role a matter of weeks, and yet there already seems to be a division in the squad.  Hodgson’s decision not to pick Rio Ferdinand, amidst fears that the inclusion of both he and John Terry would cause a divide within the squad, has actually caused the same scenario it was intended to avoid  – it is brilliantly England.

Still, to some fervent Reds this matters little. Euro 2012 will serve only as a litmus test as to how the likes of Danny Welbeck, Ashley Young, Phil Jones et al, perform on a huge stage. From a personal perspective, the former poses the most interesting prospect. At the start of the 2009/10 season Sir Alex Ferguson proclaimed in his usual matter-of-fact manner, that Longsight born Welbeck would be on the plane heading to South Africa – for the 2010 World Cup. These comments were met with more than a smattering of bemusement, taking into account Welbeck’s position in the United side at that time.

He was in truth, little more than a rank outsider. Even with the departures of Cristiano Ronaldo and Carlos Tevez, you would be much more likely to see Danny gracing the turf Moss Lane in Altrincham (home of United’s reserve team), than Soccer City in Johannesburg. Despite this Welbeck was of course, no Sunday driver. His huge potential was witnessed as early as November 2008, when he came on as a substitute against Stoke City in the Premier League, scoring what Paddy Crerand would describe as ‘a blooter’. Picking the ball up from a Manucho (speaking of Sunday drivers) lay-off on the half way line, he advanced forward before smashing the ball past Thomas Sorenson. For any footballer it would have been a stunning act of skill, precision and self-confidence, but for a seventeen-year-old making his league debut, it was nothing short of astonishing.

At Carrington, Welbeck has always been highly thought of and much has been expected of him. I once attended a meeting with Brian McClair, who oversees United’s academy. He told us that out of over two-hundred eleven year olds that United will recruit on an annual basis; United expect one, maybe two, to make the first team. It is a mammoth challenge and clearly shows that Danny is potentially the best striker to come out of the United ranks since Choccy’s former team-mate Mark Hughes.

Since that chilly November day, Welbeck’s rise hasn’t exactly been rapid. An injury hit 2009/10 season ensured that he was unable to fulfil his manager’s prediction, however the following year, whilst on a loan at Sunderland; he really came to the fore. As a consistent starter, he was able to prove to himself that he could cut it regularly against the Premier League’s finest defenders. The loan move to Wearside could not have served him better, coming back to Old Trafford for the start of the 2010/11 season he finally looked the real deal. Physically he was robust; a domineering centre forward with a burst of pace, exactly what Ferguson was longing him to be.

It is of constant amazement to me that Welbeck has been largely overlooked ahead of the tournament in Ukraine. Last season he netted 12 goals in 29 appearances, this doesn’t exactly scream prolific, but when you consider the man who has just been given the number nine shirt for England (Andy Carroll) has scored 11 in 56, it doesn’t exactly add up does it.  I’m not quite sure that England realise what a valuable commodity they have on their hands. Welbeck offers so much more than Andy Carroll who, in spite of his immense physical prowess, is woefully one-dimensional. He’ll cause problems from set-pieces, but is he seriously going to bother the defenders of France and Sweden? His persistent dropping-off to receive the ball is only going to hem England in; surely, Danny’s sharp speed of thought and burst of pace over ten-yards is surely the way in England should be going.

On the other hand, maybe the situation that England find themselves in is ideal for the young Mancunian. In truth, nothing major is expected of them. This is in stark comparison with the build-up to the 2010 world cup when England had a Wayne Rooney who had just enjoyed the most prolific season of his career, and had a manager with international experience and experience of winning. There was a feeling that England could genuinely spring a surprise. However, in typical recent fashion England’s tournament came crashing down around them. Rooney was woeful and Capello intriguing by his sudden inability to speak English; only Steven Gerrard came out of the tournament with any respect and he was hardly George Best.

This time around almost all England fans, even the most optimistic, are expecting very little. Danny has next to no pressure on his shoulders and this could prove the opportune moment to become a major force in European football. If Welbeck could show the ability in front of goal that he showed in England’s recent friendly with Belgium, then the confidence this will give him could see him step his game up another level. I think back to Rooney in Euro 2004, before he was a diamond in the rough with a monumental potential and afterwards, England’s best player.

Football is all about confidence; players constantly need to prove to themselves that they are capable of competing at various different levels. As has already been discussed, Welbeck’s domestic coming of age came at Sunderland; but after a disappointing season on the continent, it could well be Euro 2012 where Welbeck develops the ability to become an even more potent force for United.