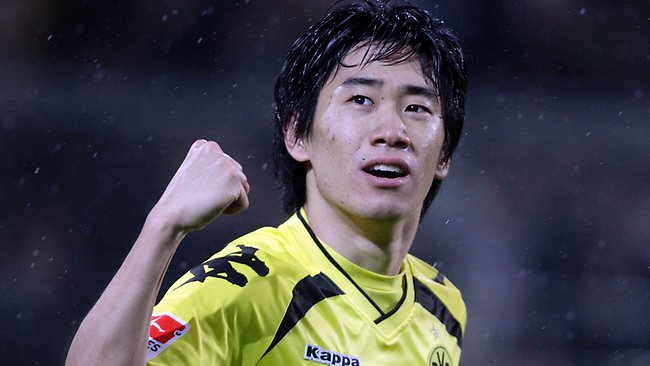 Shinji Kagawa is set to become Manchester United’s first signing of the summer after the Premier League club confirmed they had reached agreement with his current club Borussia Dortmund, who won the double last season.

“Manchester United is delighted to announce that it has agreed terms with both Borussia Dortmund and Shinji Kagawa for his transfer to the club,” said a United statement. “The deal is subject only to the player medical and obtaining a UK work permit. These conditions are anticipated to be completed by the end of June. Further details will be announced in due course.”

The 23-year-old midfielder is on international duty at the moment and played a part in Japan’s 3-0 win over Oman at the weekend. Kagawa is versatile when it comes to playing in midfield. He is capable of playing on the wing, center and in the hole like Wayne Rooney did last season.

The Reds have suffered with a number of problems in midfield in recent years and one of those was the lack of goals being scored from midfield – since Cristiano Ronaldo’s exit. Kagawa has scored 21 goals in 49 Bundesliga appearances, helping Dortmund win back-to-back league titles.