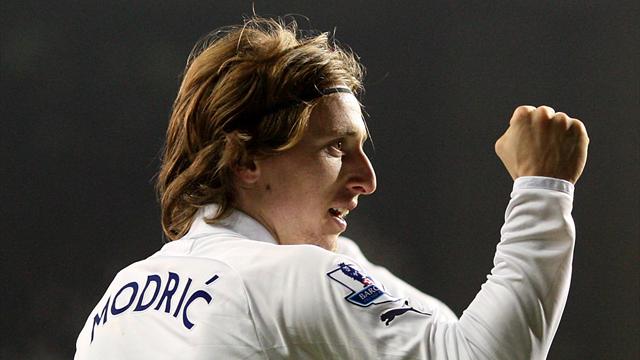 We have already looked at what the March financial results could mean for the upcoming transfer market, so I decided to list my opinions on a couple of players the tabloids have us linked with signing. And you know as well as we do, United are linked with almost everybody whenever the transfer window opens.

Since 2009, United have missed out on five big signings. Those players are Benzema, Villa, Sneijder, Nasri and Hazard. Looking back at it now, it’s quite surprising that we didn’t land at least one of them being such a major club in European football. Was it entirely down to wages? Some would think so.

The newest addition to the list of players we’ve lost out on since then is Eden Hazard. An extremely arrogant Belgian midfielder that snubbed a number of European clubs including United and City before choosing Chelsea, the current Champions of Europe, who finished sixth in the Premier League last season. The 21-year-old said last week his moved depended entirely on how much playing time he would be guaranteed but with Chelsea being without a permanent manager, his decision raised a few eyebrows.

Anyway, on to the players we’re within a chance of buying this summer. As expected, a few of these have come from a selection of infamous exclusives published by the Daily Mail or Mirror Football.

Immediately after the 2011-12 season ended, I wondered if Patrice Evra needed competition or to be replaced at left back. He didn’t have a great season and Ferguson cannot expect him to continue playing 40+ games per season since he’s now 31-years-old.

Baines, a traditional English full back, is known for his crossing and set-pieces. He might not be the fastest of players but the England international is more than capable of getting up and down the line. A few have questioned the defensive side of his game but with a better set of players surrounding him he would only improve.

Being 27-years-old and familiar with how the English game works, Baines would be expected to fit in straight away. And with Fabio waiting to go out on-loan next season this move wouldn’t ruin his chances of getting into the first team at a later point as long as he gains experience and improves as a player.

Speaking at a press conference ahead of Euro 2012, Baines said: “The United link is flattering. There is no harm in people talking about it because it is a great club. Would it be hard to turn United down? I’m not letting my focus shift to that while I am in (the England) camp.”

In previous years we have been linked strongly with a number of midfielders. This particular area was a topic of debate last season with fans getting frustrated over the lack of urgency and creativity coming from the position.

However, Kagawa would bring a level of creativity with him but when it comes to urgency I’m not convinced. We’ve been crying out for a midfielder that could score a few goals every season and that has an eye for those orgasmic through balls, therefore, he fits half the bill. One of United’s biggest problems in midfield last season, though, was the fact we didn’t press our opponents as much as we should.

I reckon with a signing like Kagawa Ferguson would try adjust the team, formation wise, making it more attack-minded. Jürgen Klopp played him in a similar position to where Fergie plays Rooney, so that would see the England international pushed more forward in hope of scoring more goals. A luxury signing if it falls through.

The BBC reported today that Kagawa is close to a £12m move to Old Trafford after the club agreed a deal in principal with Borussia Dortmund.

A number of tabloids, including our friends from at the Mail and Mirror, reported that Nick Powell was subject to a £5 million bid Crewe received from Manchester United. Apparently our tradition of promoting young talented players was enough to persuade Powell to think big and snub the likes of Liverpool, Tottenham, Chelsea and Fulham.

For an 18-year-old rated so highly, £5 million sounds like a steal. Watching highlights of last week’s League Two play-off final resulted in me coming up with the conclusion that I’d prefer to see Powell tested by better opposition. The opening goal, from Nick, was an absolute screamer but you see goals like that in the lower leagues every weekend.

Jamie Jackson from the Guardian believes Nick Powell will decide on his future before returning from holiday. His source also said United haven’t placed a bid yet.

My opinion on Shinji Kagawa explained how I believe he isn’t the ingredient we desperately need. Scoring goals and creating chances hasn’t been our greatest concern. Our midfield looked most vulnerable to pressing the opposition and keeping control in games, not only against the big teams but the small ones too. Bringing in Modric would change that, not Kagawa.

We all know Ferguson has been a big fan of Luka Modric for a quite a while now. The Croatian almost left White Heart Lane last summer with Chelsea digging deep for his signature but Daniel Levy, for once, stuck to his word when saying Modric wasn’t for sale. Although, I wouldn’t be surprised if Modric told Spurs he’d give them one more year after the tiresome saga last year.

But is Roman Abramovic still interested? I doubt it. It won’t be long before Hazard completes his move to Chelsea which is supposed to be a deal worth over £35 million. Hazard said he wanted more freedom in midfield at whatever club he was going to join and with Mata in the squad too, where would Modric fit?

You know what you’re going to get with Modric. Miguel Delaney hinted in a piece for the Irish Examiner that United are considering shifting the Hazard funds towards Luka Modric.

At the start of the 2011-12 campaign, we would have considered ourselves well-stocked in the right back area. We had a selection of Rafael, Smalling and Jones all fighting for a place with Valencia prepared to play in an unfamiliar role.

Ferguson doesn’t seem to like depending on Rafael, who is known for jumping into tackles without thinking and finding himself in the referee’s book. Smalling and Jones are both better centrally and Valencia never looked comfortable at full back.

Clyne is supposedly a defender Ferguson has had an eye on for a while now. Making his debut at 17, the traditional English full back has made over 100 appearances for Palace. His main attributes are pace which tie in brilliantly with his defensive reading of the game.