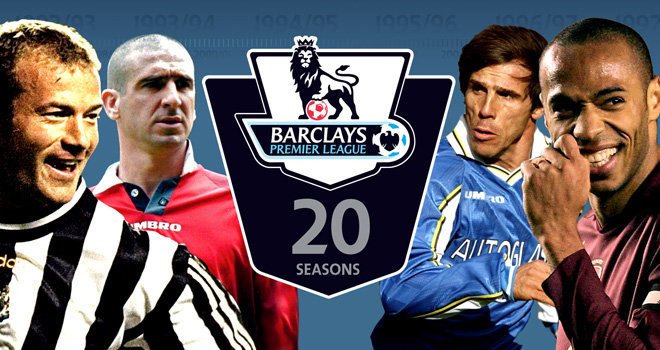 Manchester United may have lost out of the title this season but their domination of the Premier League was reflected when seven Reds were named in a fantasy team from the competitions 20th anniversary.

Only three current United payers made the side and they were Rio Ferdinand, Paul Scholes and Ryan Giggs. They were joined by three members of the squad who won the treble in 1999; Gary Neville, Peter Schmeichel and Roy Keane, with Cristiano Ronaldo completing the Old Trafford contingent.

In other news, Ryan Giggs was named best player in Premier League history.