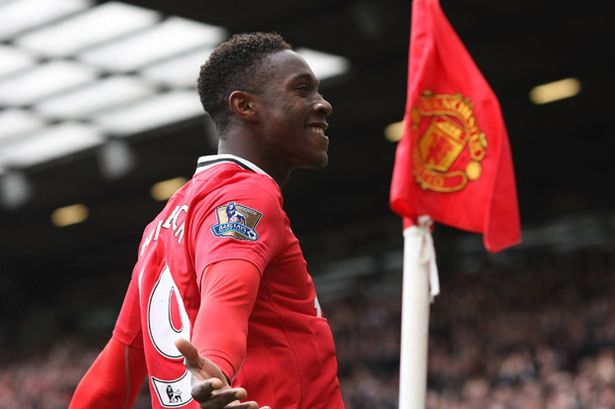 Manchester City are the newly crowned champions of the Premier League. But as much as it hurts, they deserve it. After being beaten at the Etihad, I knew our season was over but there was still hope within me. False hope, that is, which made it even more difficult to swallow.

We had days like yesterday, winning important games in the last couple of minutes. Just go back to the unforgettable night in Barcelona against Bayern Munich. The two goals we scored in stoppage time. It’s matches like that fans will never forget, but we can’t and won’t do it all of the time. City had their turn yesterday, so we can only come back again next season stronger and more determined to prove the critics wrong.

1. Complacency, our greatest enemy. The Reds started the season well, breaking down teams and playing breathtaking football. Once we got over a few hurdles complacency began to kick in as it usually does. The problem was that we never really moved up a gear because that ‘c’ word kept us stranded.

If it wasn’t for complacency, United wouldn’t have been knocked out of the group stages in the Champions League and we would’ve beaten Ajax at Old Trafford. The squad was/is good enough. Our run in Europe this season isn’t something we want to remember, so we can only hope for an improvement next season.

Our cup runs in general haven’t been great but with the squad in transition, we can hardly complain about where we finished in the league. But I refuse to use United’s transition as an excuse. Ferguson believed in a number of young players this season and I’m sure we will see a real improvement next season. The future is Red.

2. Injuries. How much have they fucked us over, eh? Losing Vidic before Christmas for the remainder of the season was a huge blow. I didn’t think we could cope because Ferdinand needed a rest more often than he used to. But thankfully Evans, another scapegoat in our squad, got his head down and had his greatest season yet.

But why was our injury list hit so hard throughout the season? The United Religion, I recall, complained about our medical staff. Although, I find it strange how a highly qualified group of people at the biggest club in the world could forget how to do their job. For example, you don’t wake up in the morning and forget how to wipe your arse.

The reason we picked up so many injuries is down to the lack of pace we’ve been playing at. It’s been slower than usual and I believe part of the reason Berbatov was put aside is because Ferguson is looking to change our set-up to something faster. It worked in 2008 when we won the double.

3. Patrice Evra needs cover or to be replaced? The French left back plays almost every game each season and now that he has hit his thirties, we can’t keep expecting that from him. It’s a huge ask for any player, especially at this level.

Unfortunately, I don’t think Evra has been the same player since the 2010 World Cup in South Africa. He was blamed for how the French international team crashed out of the competition after certain players went on strike. Another incident from an international tournament where a United player gets the blame. Lovely.

To back up my point though, Evra doesn’t get up and down the line like he did in previous seasons and his final ball can be awful at times. Nor do I feel comfortable watching him defend. I wouldn’t go to the extent of saying Evra is a liability but I would like to see investment this summer and not only in midfield.

4. We had a number of newcomers in the starting eleven for a lot of the season. David de Gea, Phil Jones and Ashley Young all witnessed their first season at Old Trafford with the majority of it starting instead of breaking into the squad within a matter of time – coming on from the bench and so on.

The three players are young and joining a club like United was never going to be easy, especially in your first season. David, for one, had a rough start with the media getting on his back after just two appearances against City and West Brom. But he bounced back like no other with his save preventing Juan Matta’s free kick being the turning point of his first season in England.

Phil Jones became one our most important players up until Christmas. It got to the stage that Sir Bobby Charlton compared the 20-year-old to Duncan Edwards. The defender played in three positions, including midfield where he represented England against Spain at Wembley. However, the second half of the season saw him play at right back more often. He wasn’t as influential but he still looked like a leader which is something you don’t see in many players his age. Jones will be hungrier for success next year.

Where to start with Ashley Young? He came into the squad eager to impress and looked a real threat from the left. The 26-year-old also offered more support than Nani for Evra which, I guess, isn’t really hard but still… That will stand to him in the bigger games, increasing his chances of being selected. Like all wingers nowadays, Young can be incredibly frustrating. Consistency is something I’m sure he will improve on but some of his antics were embarrassing e.g, the dives against QPR and Villa. Ferguson says he talked to him about it but I am excited nonetheless to see more of Young next season.

5. Manchester City’s greatest ever side beat ‘Ferguson’s worst squad in 25 years’. When you look at the money they have spent and then back to the squad we’re building, you would be foolish to feel worried about some supposed domination Alan Hansen spoke about on Match of the Day Sunday night. We have a fantastic set of talent coming through the ranks at the moment, so like I’ve already said, the future is Red.