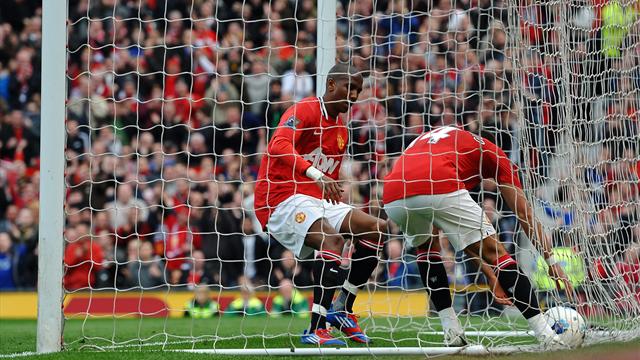 I am old enough to remember the scores on the final day of the season when City last won the league title. City beat Newcastle 4-3 and we suffered a 2-1 defeat to Sunderland at Old Trafford.

However, I can’t remember exactly where I was on May 11, 1968 when the scores came through. Probably in a cold, mud spattered, wooden dressing room on the edge of council playing fields. I do remember I scored 28 goals that season, the same as my idol George Best.

That goals tally wasn’t enough to win the league… for George or myself. I had expected the City result after the week they had beforehand with United putting six past them. But nobody expected Sunderland to beat us at Old Trafford.

I remember exactly where I was on Sunday after the first goal went in for City . Sat in my car, two miles from Old Trafford, eating a banana, listening to Five Live and willing the Geordies not to bottle it.

When Toure’s goal went in, with not long to go, I got out the car, put my scarf around my neck and strode towards the ground. Ten minutes later, outside the cricket ground, a roar went up and my hopes were rekindled…for a good 15 seconds before someone choked “City have got a second.”

Inside the ground, we did our best, and the team followed suit. But both parties shared a common dejection. It was over. That’s not defeatist. It’s realist. Although, the bookies will probably give you amazing odds for QPR to turn City over next weekend.

On the pitch for a while I thought we looked sharp and I dreamed of a goal feast. Carrick was pinging the ball with confidence and accuracy, and Ashley Young ran at Swansea’s defence with purpose and aplomb.

On 28 minutes Valencia raced in from the right, pulled back to Carrick, who gave Scholes the sort of opportunity he doesn’t miss. Thirteen minutes later, Ashley Young’s running and finishing got just reward with a curling shot that steamed past Swansea goalkeeper Vorm.

That’s it really. The rout was never really going to happen. Swansea continued to play football, and United continued to frustrate the crowd and themselves.

The game became an opportunity for supporters to lament some bizarre home performances and to hope for new, expensive, quality blood next season. I just hope when speculation starts to gather pace we keep our cool and don’t get too excited like last summer with Sneijder.

Smalling alongside Ferdinand was robust in defence, and quite electrifying with some of his forward sorties into the Swansea half. Jones is fast, aggressive and swashbuckling. But he is not a full back. His crossing was appalling and the five minutes he had at centre half,  when Ferdinand went off, underlined where he will one day play.

David de Gea didn’t have much to do, but made a couple of good saves. But why at corners does he spend so much time and energy pushing forwards away from his goal line. He should try and focus on the corner or free kick, and perhaps a shout of “mine” wouldn’t go astray.

Rooney made way for Berbatov with ten minutes to go. And the applause around the stadium was for his goals this season, not his display on the day itself.

The biggest question on everybody’s lips as we made our way home was will Sparky’s team put in a shift at the Etihad next weekend…and how many more shifts can we expect from Scholes, the 37-year-old ginger haired genius.