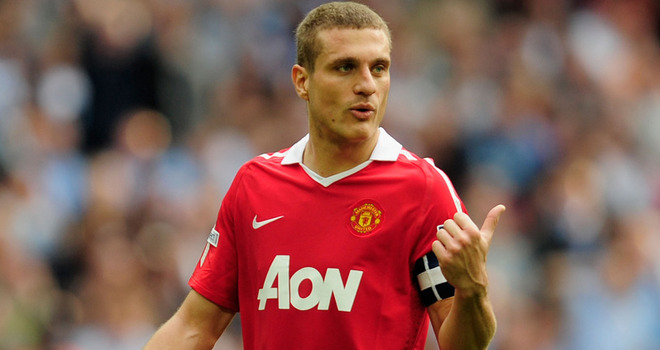 Nemanja Vidic’s agent Silvano Martina has dismissed rumours from Italy that he has been approached by Juventus regarding a possible summer move to the Serie A for his client.

No, not even a spell that long could quench speculation of him moving to Italy. It’s starting to sound like a broken record at this stage. Every year Vidic’s agent is forced to come out and rubbish reports linking him to clubs like Juventus, AC Milan and Real Madrid. We also heard his wife wasn’t fond of Manchester, therefore, he wanted out but thankfully that wasn’t the case.

Vidic is expected to be back playing in the summer after an extended period of recuperation. And it’s rather amazing how well we’ve done in the league without his assistance alongside Rio Ferdinand. A number of people ruled us out of challenging for the title when he got injured but Jonny Evans stood up to the plate.

Before the most recent wave of speculation gathered pace, Vidic’s agent came out and said there is no truth whatever in any of it – linking the Serbian with a move to Juventus, who are currently battling with United for Paul Pogba’s signature.

“Vidic is still out with a cruciate ligament injury,” Silvano Martina told tuttomercatoweb.com. “A future in Italy? You have to consider that he has a non-EU passport and that would make it difficult for him to arrive in Serie A. I can assure you that I have never spoken with Juventus about Nemanja.”